Ben Burkett
State Coordinator for the State of Mississippi, Federation of Southern Cooperatives; president of the National Family Farm Coalition; and Member of Via Campesina

Even just a glance at the staggering range of Ben Burkett’s commitments—spanning state, national, and international arenas—confirms that he’s a tireless advocate for the family farm. “I guess you could say I’ve been farming all my life,” says Burkett, a fourth-generation farmer who wears a variety of hats for organizations including the Federation of Southern Cooperatives, where he is a state coordinator, and the National Family Farm Coalition, where he serves as president.

Burkett’s own 300-acre farm in Petal, Mississippi, teems with more than 16 types of vegetables including collard greens and okra. He’s on a quest to change the culture of farming in the United States, which is currently dominated by a cluster of gargantuan corporate players. “The huge farmers don’t contribute much back to the local economy,” observes Burkett. “Small farmers have two choices: get bigger or get out [of farming],” he adds.

“Hopefully this award will get me into some fine restaurants—not to eat, but to sell,” he clarifies, laughing softly.

“Ben can be a clandestine person,” says Cornelius Blanding, deputy director of the Federation, who has worked with Burkett for the last 16 years. “He goes about doing as opposed to saying. And no matter how much work he has to do, he’s always stayed accountable to his cooperative.”

At the Federation, Burkett, whose cooperative is the Indian Springs Farmers Association in Petal, spearheads various initiatives aimed at sustaining small and medium-size farms (anywhere from five to 1,000 acres in size). His ambitious to-do list includes helping with the development of greenhouses, irrigation systems, and animal production. “It’s new but it ain’t new,” Burkett claims, insisting the projects are extensions and adaptations of practices he grew up around. He is also hands-on with the Federation’s Land Assistance Fund, which stemmed from the civil rights movement to help black farmers with land retention; it now works to enhance income for a number of family farms scattered across the South. “You’re not going to create wealth with just one generation of farmers,” Burkett explains. “It takes one building up on the other.”

While Burkett admits he is encouraged by the nationwide proliferation of farmers’ markets, in addition to the increasing popularity of “eat local” movements, he insists there is a long way to go when it comes to shifting popular attitudes toward food. “Five supermarkets own about 80 percent of the [food] sales in the whole country,” he explains. “American people want it when they want it, no matter what the season.”

For colleagues like Blanding, it is Burkett’s resilience and selflessness that have ensured his success. Blanding relates an especially eye-opening experience in the weeks that followed Hurricane Katrina, when he joined Burkett in providing resources—“supplies, tools, feed, whatever it was they needed,” he recalls—to some of the hardest-hit rural communities around Louisiana. It was only months later, on a drive through Mississippi, that Blanding realized Burkett’s home had been ravaged by the storm. “That [experience] really defined Ben for me,” Blanding says. “After all that work and sacrifice of his, I found out that Ben had endured just as much damage as the folks he was helping.” 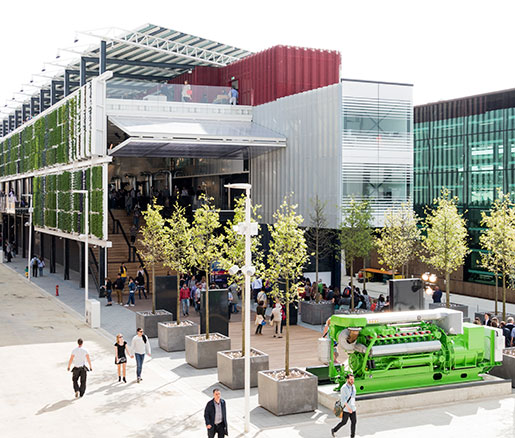