The Lifetime Achievement award is given to an individual whose lifetime body of work has had a positive and long-lasting impact on the way we eat, cook, and/or think about food in America.

Restaurateur Richard Melman has always given his three children the same advice: find something you’re truly passionate about and then work diligently at it. “It’s hard when you do things just for money,” he says. Especially, he notes, if you work in restaurants. “The restaurant business is too difficult if you’re not in love with it.”

Melman would know better than almost anyone. The founder and chairman of Lettuce Entertain You Enterprises, he currently oversees more than 100 restaurants nationwide. But even though he got his start in the business early, helping out in his family’s eatery as a child and working at a soda fountain as a teenager, Melman wasn’t always convinced that the restaurant life was for him.

“I backed into the industry,” he says. “I was a horrible student; I quit college before flunking out. I tried sales but wasn’t good at that either. I didn’t know what else to do.” At a loss, Melman proposed becoming a partner in the family’s business, but his father turned him down. “I couldn’t get anyone to work with me, invest in me, or believe me,” Melman says. But then he met real estate agent Jerry A. Orzoff, an event Melman describes as “the turning point in my life.”

“Jerry was my best friend and mentor. He came into my life when I was ready to do something on my own,” says Melman. “He was there at the perfect time.” In turn, Orzoff trusted Melman’s business sense, and in 1971 the pair opened R. J. Grunts, a healthy comfort food place in Chicago’s Lincoln Park. Melman invested all of his money in the venture; a lot was riding on its outcome. After a tense first few weeks without any customers, diners began to pour in. The restaurant soon became one of the hottest eateries in Chicago, pioneering many trends now taken for granted, like salad bars, potato skins, macrobiotic dishes, fresh juices, and organic ingredients. For Melman, the success was all the sweeter because of the challenges he had weathered while finding his footing. “I knew what it was like to fail,” he says. “I never take success for granted.”

Real estate developer Albert Friedman, who partnered with Melman years later on Maggiano’s Little Italy and the next-door Corner Bakery Cafe, was always struck by Melman’s work ethic. “Rich would literally fall asleep at the restaurant working so many hours to make sure it was right. It was like his child, his alter ego,” says Friedman. He says that what makes the restaurateur unique is the high priority Melman puts on the “full essence” of the restaurant, and the way he has a hand in every aspect of the venture, from choosing the location to hiring to creating the menu to lighting the space. “He is an equal opportunity creative guy,” says Friedman.

Melman and Orzoff continued to develop concepts together, including the reopening of Chicago’s famous Pump Room, until Orzoff’s death in 1981 at the age of 45. Despite the tragic loss, Melman was able to move forward with the company, adding to its mounting empire with a string of hits like Shaw’s Crab House/Blue Crab Lounge, the tapas spot Cafe Ba-Ba-Reeba!, Papagus Greek Taverna, Big Bowl, and numerous others. In 1989 Melman received the first of his two Beard Awards when he was named to the Who’s Who of Food & Beverage in America. He received the Outstanding Restaurateur award in 2011.

Kevin Brown, CEO of Lettuce Entertain You Enterprises, says he can’t think of anyone more deserving of the Beard Foundation’s Lifetime Achievement award than Melman. “He’s had a lifetime of impact in our industry and created probably more restaurants than anyone in the history of restaurants,” says Brown, who has been with the company for 38 years. “His variety and range of knowledge and business is unsurpassed.” He’s also, Brown notes, a very generous man, both personally and professionally.

“I was always able to connect with people,” says Melman. “Not just the customers but people who build the whole team.” Within the company Melman focuses on partnership; he believes in sharing both responsibilities and profits with his colleagues. Today Melman has almost 70 working partners, many of whom have been with the company since the beginning of their careers. “There is an interesting Buddhist quote: ‘In finding happiness for others, you often find it for yourself,’” Melman says. “You can’t grow until you develop people to take your place, which has helped us grow as an organization.” He is also grooming the next generation of Melman restaurateurs: R.J., Jerrod, and Molly, his three children with his wife, Martha, are already making their mark on the industry.

Lettuce Entertain You is well known as a company that not only treats its employees well, but also gives them the tools they need to grow. Bill Higgins learned this firsthand as general manager of the Pump Room decades ago. “I was 26, and it was a big job for me. I was young and overwhelmed,” says Higgins, who oversaw more than 50 front-of-house staff. One day, Melman pulled him aside: “He said, ‘You’re doing a great job, but you’re a jerk. You’re highly effective and efficient, but you’re going about it the wrong way.’” Melman told him to enjoy the process more, to lighten up. “That made a big impression on me,” says Higgins. “It changed my career by making me more aware of people’s feelings.” Higgins is now the co-founder of Real Restaurants in the Bay Area.

Even former business rivals have turned admirers and friends. “I got into the restaurant business and wanted to hate him because you hate your competitors,” admits Larry Levy, co-founder of Levy Restaurants. “Yet you can’t help but admire him and realize his brilliance.”

The James Beard Awards would not be possible without the support of these generous sponsors:

The James Beard Foundation gratefully acknowledges the generous support of:

Andrea Lynn, the author of Queens: A Culinary Passport, is a food writer and recipe developer. 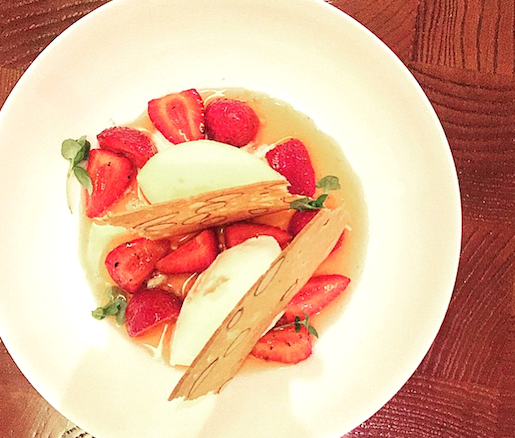