2015 Who's Who Inductee: Wylie Dufresne

Wylie Dufresne is a celebrated chef, restaurateur, and pioneer of molecular gastronomy. Dufresne began his career at the International Culinary Center (formerly the French Culinary Institute) before working for Jean-Georges Vongerichten at JoJo and Jean Georges in New York and Prime Steakhouse at the Bellagio in Las Vegas. In 1999 Dufresne became the opening chef at 71 Clinton Fresh Food, where he quickly established himself as a culinary trailblazer. He opened wd~50 in 2003, where his creative, eclectic, hyper-modern cooking earned national acclaim and a three-star review in the New York Times from Frank Bruni in 2008. The restaurant also received one Michelin star in 2006, an accolade it retained in each subsequent year until its closing in November 2014. Dufresne has been nominated for multiple James Beard Awards, including seven consecutive years in the running for Best Chef: New York, an award he won in 2013. Alder, Dufresne’s second restaurant, opened in Manhattan’s East Village in March 2013.

Watch the short video above, which celebrates Dufresne's career and aired at the 2015 James Beard Awards, and stay tuned for videos about our other 2015 inductees! 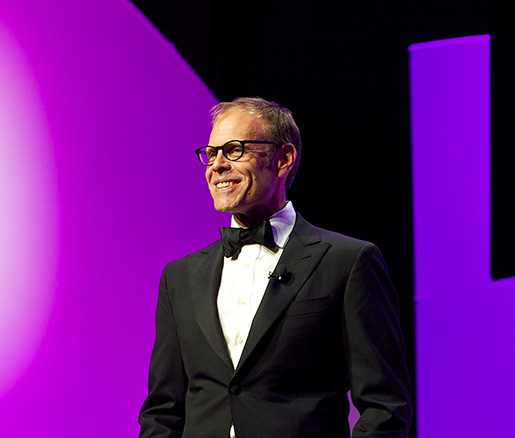