The James Beard Foundation’s Leadership Awards spotlight the important and complex realms of sustainability, food justice, and public health. They raise awareness of these timely issues by celebrating the visionaries responsible for creating a healthier, safer, and more equitable and sustainable food system. Below, Rebecca Treon spoke with James Beard Leadership Award honoree Mavis-Jay Sanders and how she is empowering the youth with her work at Drive Change.

Mavis-Jay Sanders started cooking as a way to stand out in her big family. Her mother was one of six; her dad, one of 13. However, both sides of the family loved her food.

“The kitchen was my place to shine,” says Sanders. “Someone would come to find you to tell you how much they enjoyed your dish—that was my way to feel seen.”

Sanders wanted to pursue cooking professionally, but her family initially rebuffed the idea, wanting her to take a more traditional route. She went to Georgia Southern University to study sports medicine but ended up hating it. At the cusp of dropping out, Sanders’ dad came around and supported her passion for the hospitality industry. Sanders enrolled at the Culinary Institute of America, where she then discovered her mission: to be the best Black chef on the fine dining scene. However, she encountered a lot of bias and roadblocks navigating the culinary scene as a Black woman.

“People want to know your resume before you pick up a knife. I didn’t have any connections, and it was a struggle to find someone who would mentor me, which I interpreted as racism,” she says. “People mentor people that they see themselves in, and there weren’t a lot of Black faces prominent in fine dining.”

Sanders got her foot in the door, interning and staging at some of the country’s most acclaimed restaurants. However, she watched white chefs with less experience get promoted before her. She also became acutely aware of the lack of diversity in the fine dining space.

“It started to really wear on me that my own parents couldn’t afford to eat at the place I was cooking. A Black family dining there stood out. Why was the best food, made with the best, most nutrient-dense ingredients, not made for everyone? And why am I not feeding who I want to feed?” she said. “That let me know I had reached my ceiling.”

Sanders took her knives and moved to Los Angeles in 2016, opening Pico House, a food truck focusing on affordable, delicious, and sustainably sourced food. Two years later in 2018, a friend called with an opportunity to be the operations director at the newly opened Brownsville Community Culinary Center (BCCC) in Brooklyn, NY, and she jumped at the chance. Providing free, world-class culinary training to Brownsville residents, the BCCC also operated as the first sit-down restaurant the community had in 50 years.

“I began teaching young people who had been overlooked because of their background. We trained [the students] to work with managers who would see students as people with a talent that needed to be cultivated,” says Sanders.

Continuing her work in social and racial equity, food justice, and food sovereignty, Sanders joined the team at Drive Change in 2020. As the director of culinary development and education, Sanders helps to foster career pathways for formerly incarcerated youth through culinary training and professional development. As part of the nonprofit’s Food Empowerment Initiative, Sanders and her fellows provide free, nutritious, and culturally appropriate food every week to communities that are navigating food insecurity. This year, the organization hopes to provide 40,000 meals to those in need.

“It is a gift to be able to contribute and show these kids how they can contribute too,” says Sanders. “For once, they’re not in a room where someone is going to single them out or judge them or pick on them. They start to see themselves as something different, as leaders, and that is so special.”

On the Menu: Pork Belly with Bibimbap Rice + Sunchoke Kimchi 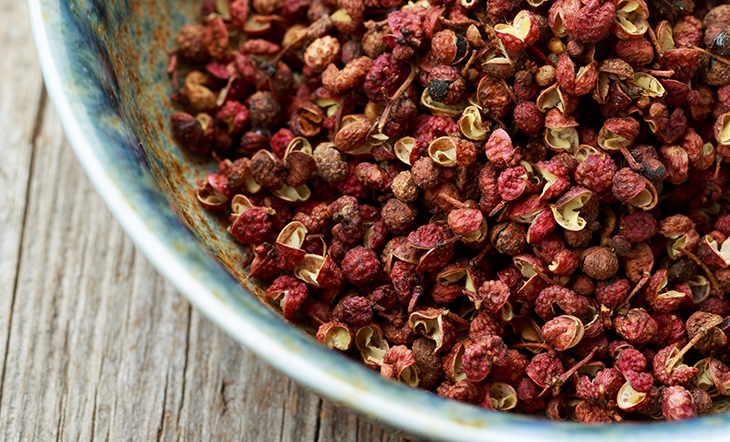