The James Beard Foundation’s Leadership Awards spotlight the important and complex realms of sustainability, food justice, and public health. They raise awareness of these timely issues by celebrating the visionaries responsible for creating a healthier, safer, and more equitable and sustainable food system. Below, Rebecca Treon spoke to the team behind Understory, our 2022 James Beard Emerging Leadership Award winner, about how their worker-led eatery is reshaping the restaurant model by putting equity and diversity at the center.

For immigrants, refugees, and BIPOC, restaurants are often the pathway to employment. However, the industry is rife with employee exploitation, poor working conditions, and unethical sourcing practices. Understory Oakland, a worker-led eatery, aims to level the playing field and empower restaurant workers by putting equity and diversity at the forefront.

Understory is a project developed by Understory Worker Collective, a group of organizers who led food distribution and mutual aid efforts during the COVID-19 pandemic, and the nonprofit Oakland Bloom, an organization that focuses on uplifting working-class refugee, immigrant, and BIPOC chefs to launch their own food businesses. The worker-led restaurant and bar’s mission is to prioritize these communities and empower them via worker-leadership, project support and training, and economic opportunities.

“It’s not only a food project, [but] it’s a community and political project. It’s a restaurant, but it is built on valuing worker rights, ownership, and expression,” says Diana Wu, Oakland Bloom board member and Understory organizer. “We sat down with workers and asked them, ‘what is a way to structure this so that it is beneficial?’”

The project is run by a collective of chefs and food activists: Florencio Esquivel ran Hella Vegan Eats, a trans-owned pop-up concept in Oakland; Jenabi Pareja and Nino Serrano worked at Bay-Area restaurant Reem’s, owned by James Beard Award semifinalist Reem Assil; Diana Wu and Sean Chow serve as board members at Oakland Bloom; and Lily Fahsi-Haskell previously worked as a campaign director at Critical Resistance, a nonprofit working to end industrial prison complexes. Together, they used their combined knowledge to form the worker-cooperative, and restructure what a restaurant could look like.

Each rotating menu is developed and based on the culture, identities, and heritage of Understory cooks and their worker-leaders. So far, the rotating menus have included Moroccan, Filipino, and Mexican cuisines, all of which include vegetarian and vegan-friendly options. Keeping the community in mind, at least one dish has a sliding pay-scale option. Some of the worker-leaders at Understory are immigrants, and many are queer. The space also serves as a commissary kitchen for other food businesses.

“We want to be mindful of how the space is run in the context of our community. We host events to center the voices and the work of BIPOC folx, but many of us hold multiple intersecting identities,” says Wu.

The pandemic is what made Understory possible—a silver lining amid sweeping layoffs and closures. Amid the chaos of a shifting landscape, projects like Understory were able to take shape, reimagining the industry with values like equity and diversity at the forefront.

“From the beginning, we articulated our operating principles that would drive our decisions on how to use the space and be a resource in a gentrifying area like Oakland. People here are really grounded in community, so we’re honored to make this a place where creativity and heritage is celebrated,” says Wu. 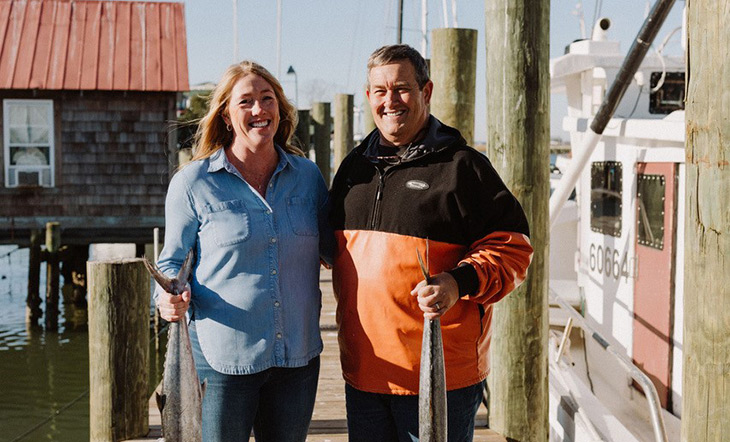