When we say the James Beard Foundation is about good food for good, it’s not limited to sustainable agriculture, the Farm Bill, or reducing food waste. Another important aspect of our mission is highlighting the myriad hands that are helping to shape our nation's foodways. Below, James Beard Foundation chief strategy officer Mitchell Davis reports on a new organization highlighting the best pizzas in North America, and reflects on the dish's enduring status as a pillar of American cuisine.

Despite its decidedly Italian origins, pizza is something Americans have made their own. New York slices, Chicago deep dish, Connecticut coal oven, Detroit squares, even Neapolitan-style pizzas have become as much a part of American food culture as southern fried chicken or McDonald’s. Pizzaiolo/owner Dan Richer of Razza in Jersey City, New Jersey, goes so far as to say, “Pizza is one of the most American foods there is. It’s our most sharable, equitable, affordable food. Every family has their pizza spot. Everyone fundamentally understands the deliciousness of pizza. That’s what I love about it.”

Recognizing the cultural significance and high quality of pizza in America, a Naples-based organization called the 50 Top Pizzas has created their first-ever list of the 100 best pizzerias in North America. I was asked to coordinate a selection committee of 25 experts from across the United States and Canada to vote on the best pizzerias. The committee included pizzaioli, bread bakers, journalists, and pizza lovers. The results were announced June 27 at a private event at the James Beard House in New York City hosted by Izabela Wojcik, the Beard Foundation’s director of House programs.

Richer’s Razza topped the North American list, taking first place for his individual-sized, naturally leavened pies made using only American ingredients—many from within New Jersey—and baked in a wood-burning oven. Richer says his pizzas are fundamentally not Neapolitan, despite their physical resemblance. “My pizzas are thinner, crisper, [and] fermented and baked longer than traditional Neapolitan pizzas. They reflect our American preferences for a sharable pie you can eat with your hands.” Clearly, he’s onto something. Noting its location outside the city limits across the Hudson River, in 2017 New York Times restaurant critic Pete Wells declared Razza the best pizza in New York.

Second place on this year’s list of North American pizzerias was Pizzeria Bianco in Phoenix, Arizona, where I myself once waited three hours to try James Beard Award–winning chef Chris Bianco’s legendary pies—a wait, I might add, that was well worth it. Fourth place was given to Brooklyn destination Roberta’s, which grew from a pizza joint into a Michelin-starred gastronomic multiplex that some consider ground zero for Brooklyn’s culinary revolution. You can view the complete list of North American pizzerias here.

Established in Naples in 2017, the 50 Top Pizzas began as “a manifestation of pride,” said co-founder Barbara Guerra, who helps coordinate the international team of 150 jurists to pick the best pizzerias. “We believe that in its optimal form of expression, pizza is something worth honoring. The 50 Top Pizzas is like the NBA for basketball, a world championship.” The project has evolved into a communication tool—an online guide to direct people to the best pizzerias in Italy and the world in support of artisan pizza culture.

Naples is the historic and spiritual home of pizza, so it makes sense that it is also home to the nonprofit, international Associazione Verace Pizza Napoletana, which regulates and authenticates traditional Neapolitan-style pizzas. The organization verifies such details as the components of the dough (only four ingredients are allowed: flour, yeast, salt and water), the provenance of the ingredients (must be from Italy’s Campagna region), and the baking time (no longer than 90 seconds in a 900°F oven). Admittedly, many of the best pizzas in the world do not subscribe to these stringent regulations, which is one reason Richer won’t use Neapolitan to describe his pies.

Of course, local culture does come into play when adjudicating pizzas across different styles and locations, even within North America. Although the 50 Top Pizzas awards are given to the totality of the pizzeria experience, including atmosphere and service, the challenge of judging pizzerias outside of Naples is that different styles are traditionally served in different settings. While it might be unthinkable for an Italian to consider a pizza served on the go without a knife and fork, a New York slice would be out of place in a sit-down restaurant with a glass of wine. This local variation makes the world of pizza and this list of top places interesting and eclectic.

Richer will join other 50 Top Pizza honorees at a special ceremony in Naples on July 23. He is proud of the honor, which helps motivate his staff for all the hard work and effort they put in to achieve his vision, day in and day out. “But for me the most important thing is being able to support my staff,” he qualifies. “We have three people on staff who recently bought houses. That gives me more of a feeling of success than being at the top of a list. We are really able to support lives just by making pizza. That’s so great.” 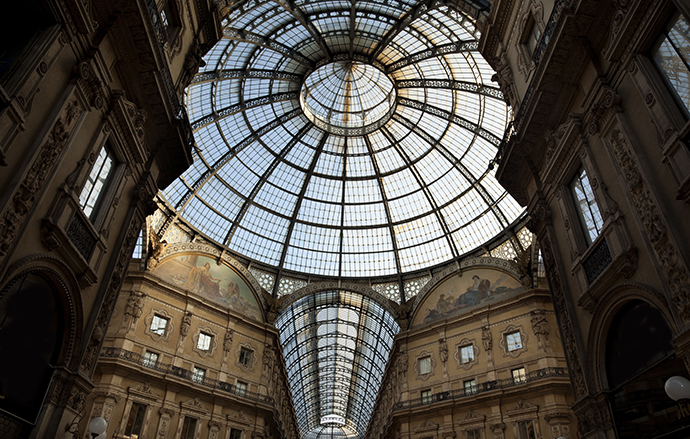