Art Carlson’s weekday-only lunch haunt on Dupont Circle, open since 1981, is a 600-square-foot temple of honest cooking and goodwill. (The name combines the initials of Carlson and his business partner, Peggy Fredricksen.) The vibe is loud and scrappy, and the food is delicious. Art Carlson, the ever-present host, is one of the last of a dying breed: a hands-on owner who schmoozes and teases his customers, often at the same time.

The place, with its 11 counter stools, is comfortable in its age. Behind the long Formica counter, racks of cookbooks from Julia Child and fellow titans share space with scribbled postcards, a rattletrap stereo system, a collection of old political campaign buttons, and a jumble of knickknacks including a Presidential Barbie and dusty cans of Alpo and Cheez Whiz.

The cooking is in the hands of George Vetsch, a veteran of a Zagat’s worth of local kitchens. His standing menu is mostly sandwiches and salads. But the sheet of daily specials surprises and satisfies: garlicky roast chicken with hand-cut fries; mahi- mahi graced with an herbed cream sauce. Mexico gets its due with pork tacos jump-started with jalapeño-cilantro sauce. So does India, with chicken korma on basmati rice and sassy chutneys. Ditto Maine, by way of a lobster roll, slicked with basil mayonnaise.

Carlson suffered a medical setback in 2010, but that hasn’t kept the host from dispensing wisecracks and making change at his relic cash register. Waitresses in C.F.’s have embraced Carlson’s attitude. “Wanna dance?” a young waitress asked a customer after she bumped into him in the narrow eatery. “Ready to rock ’n’ roll?” she greeted a party on the small, covered patio. 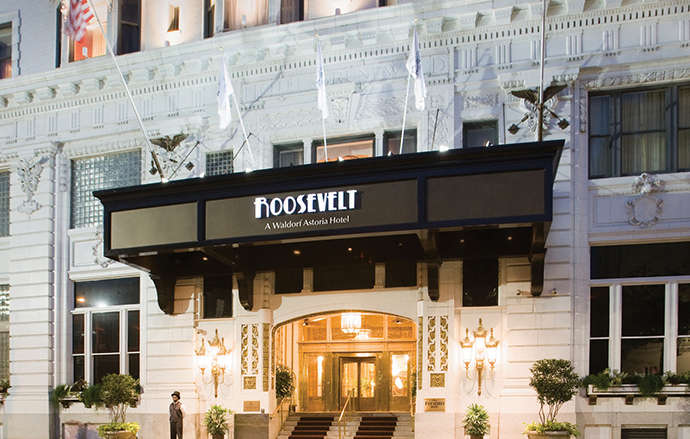