Our latest piece comes from Renee Erickson, JBF Award–winning chef and owner of the Sea Creatures restaurant group in Seattle, and multiple JBF Award nominee  and former Chefs Collaborative board chair Michael Leviton. Below, Erickson and Leviton detail the potential environmental and economic impact of legislative changes to the Magnuson-Stevens Act, which governs U.S. fisheries and has decreased the dangerous practice of overfishing.

The turnaround of U.S. fisheries is a story not widely known by the American public. But as chefs whose businesses have long relied on sustainable seafood, we’ve had a front row seat to what we believe is one of the greatest conservation achievements of our time. That’s why we’re speaking out against legislation that could turn back the clock.

Fisheries in federal waters are governed by the Magnuson-Stevens Act (MSA), a bedrock environmental law that was enacted and strengthened on a solidly bipartisan basis. The results have been phenomenal. Overfishing is now very rare in this country—after being commonplace for decades—and the MSA has helped rebuild some 44 previously depleted species. While the work isn’t complete, we can all be proud of the progress we have made.

For us as food professionals, this has meant being able to offer our customers delicious, sustainable fish that were considered rare or overfished until relatively recently—whether it be Gulf red snapper or Atlantic sea scallops. Thanks to strong management made possible by the MSA, diners are now also able to feast on delicious and sustainable monkfish from the East Coast and Pacific rockfish from the Northwest. Unfortunately, other species, such as iconic New England cod, are still struggling and need the protection of strong federal law.

Yet some would roll back the protections of the MSA and undermine the ability of regional managers to choose the best type of management for their fisheries. The House is poised to vote on H.R. 200, which would virtually eliminate any deadline for rebuilding fisheries and undermine key provisions such as catch limits. We suffered with overfishing for years before those safeguards were in place—removing them would be a huge step in the wrong direction.

On the Senate side, the threat comes from S. 1520, the so-called “Modern Fish Act.” This legislation would place restrictions on important policy tools that have helped rebuild many fisheries, including Pacific groundfish, close the door on pilot programs that are allowing fishermen to innovate, and mandate time-consuming and divisive allocation reviews in some regions.

We would rather be cooking and running our businesses than lobbying. But we also feel a responsibility to our customers, our employees, and our natural heritage to defend this remarkably successful bipartisan law. Let’s stick with what is working, and secure America’s position as a sustainable seafood leader for generations to come.

Renee Erickson is a James Beard Award–winning chef, author and co-owner of multiple restaurants in Seattle, including The Walrus and the Carpenter, The Whale Wins, Barnacle, Bar Melusine, Bateau and Rana e Rospo.

This post was created in collaboration with the Environmental Defense Fund.

Photo by mscornelius/iStock / Getty Images Plus. 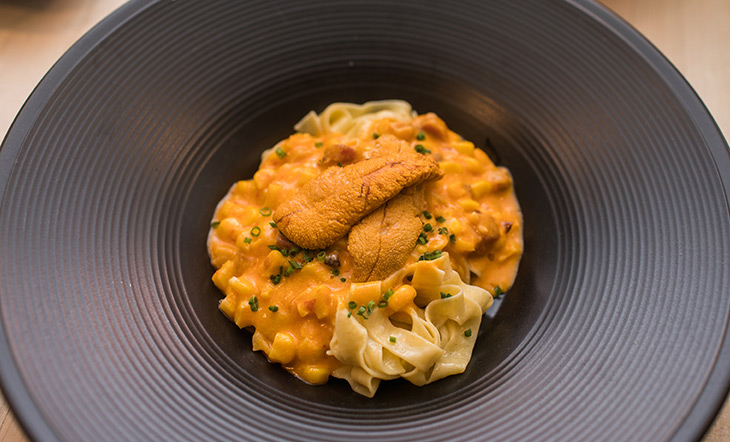 Sustainable Seafood on the Plate at the Beard House