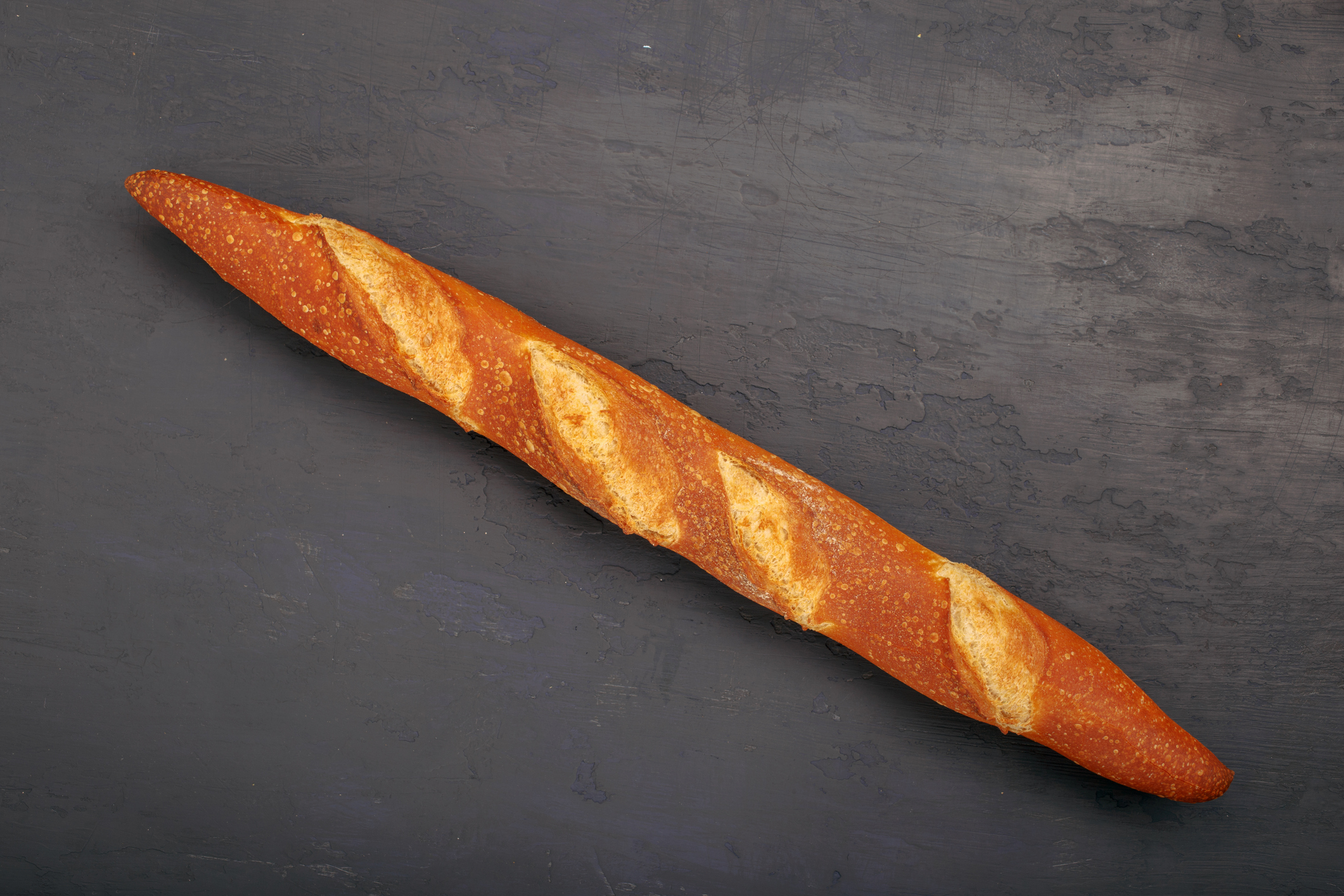 WHAT? A common thread. Food has fads, and we’re not just talking colored ketchup and raspberry vinaigrette. Even something as sacred as French bread in France is susceptible to fashion. Consider the ficelle, French for “string” or “thread.” Although this long, skinny, crunchy French bread likely originated around the same time as the baguette in the 1920s—it’s made from the same light, white dough that develops a crackling crust when baked—it gained fad status in Paris during the 1980s. Suddenly you could find ficelles—interestingly, of many shapes and sizes—in every bakery, propped up alongside the baguettes and bâtards.