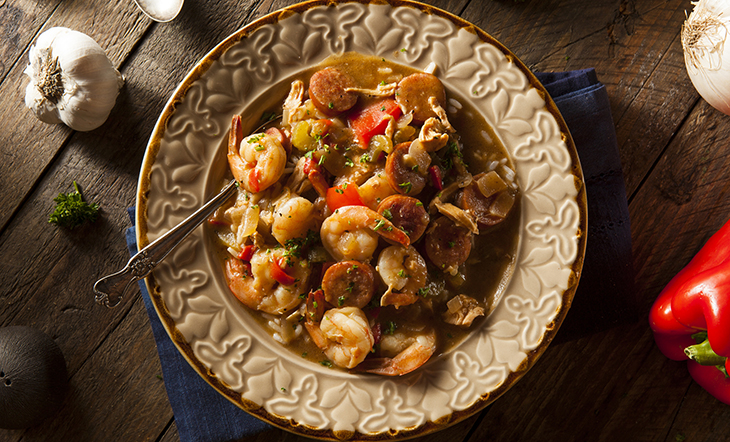 WHAT? Creole mumbo jumbo. Believed to have arrived on U.S. shores when slaves were brought over from Africa, gumbo has been claimed by Louisiana as a mainstay of their regional cuisine. What exactly constitutes an authentic recipe for the stewlike dish is the topic of heated controversy; it seems that the only truth gumbo cooks hold sacred is that brown roux must always be used as the base. After that, it’s up to the chef to toss in any seafood, tomatoes, peppers, meats, and spices he or she deems fit. The name comes from a Bantu word meaning okra, traditionally the key ingredient in the spicy stew, although in some recipes okra is omitted. The okra acts as a natural thickener, as does filé, a powder made of ground sassafras leaves. The permutations appear to be endless. In The New Orleans Cookbook, authors Rima and Richard Collin noted that as far back as 1803 there were 24 different kinds of gumbo served at a New Orleans Society banquet. The New Orleans Times-Picayune’s 1987 cookbook lists ten varieties, including one that contains squirrel. 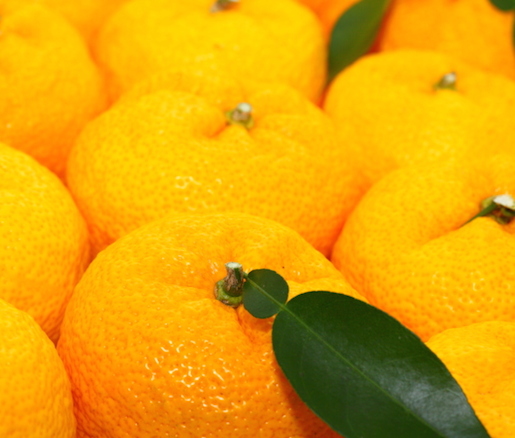 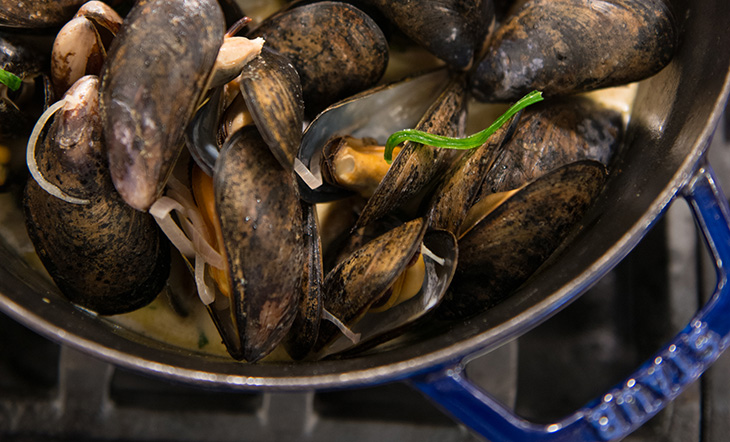 Mussels in Cider with Dijon, Crème Fraîche, and Tarragon