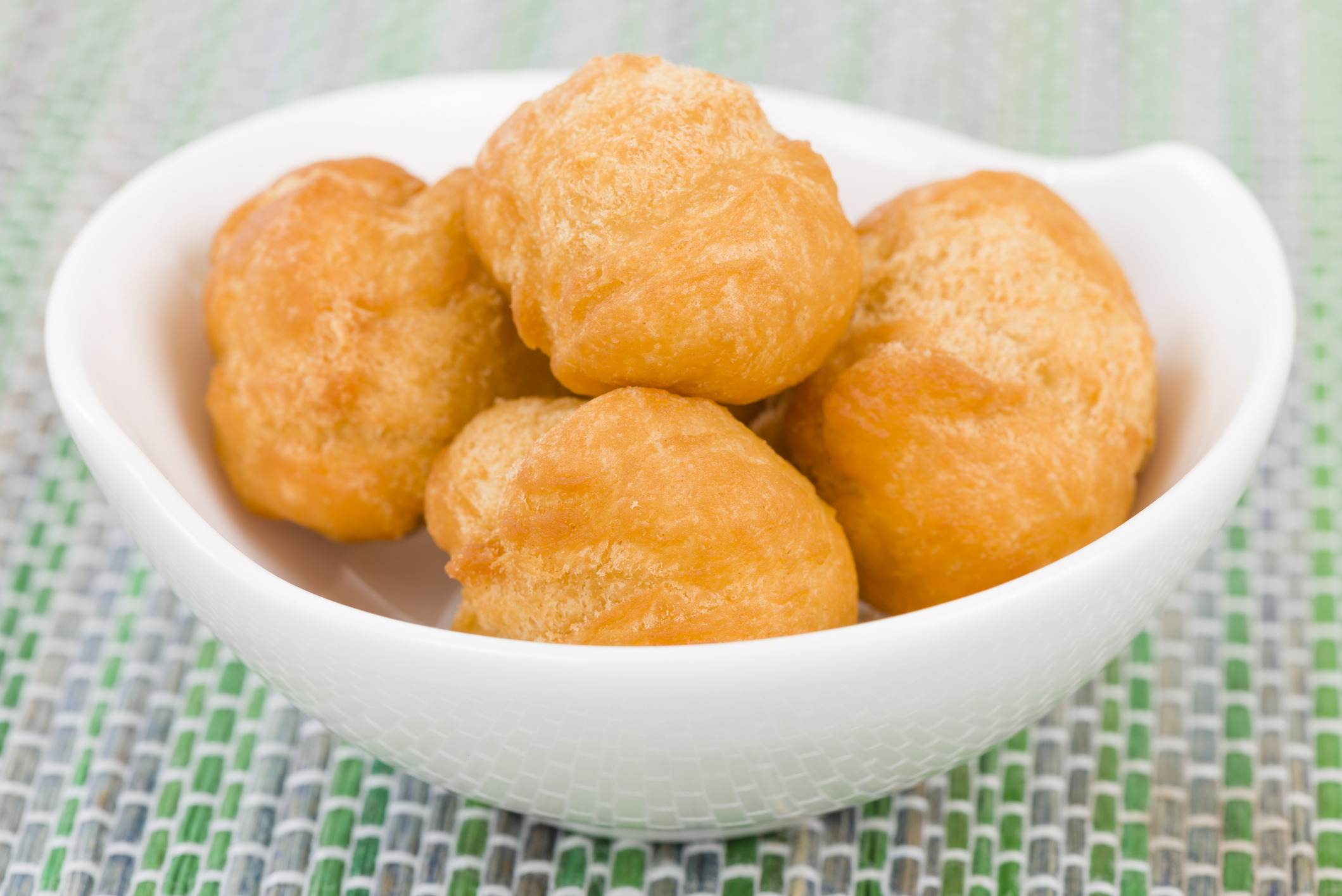 WHAT? A biscuit that's gone to the dogs. Though just lumps of deep-fried cornmeal batter, this Southern classic can inspire reveries from people below the Mason-Dixon line, where an abiding nostalgia for fish fries and pig pickin's (pork barbecues) requires a steady supply of hush puppies. "A plate of fried fish seems mighty lonely without them," Angela Shelf Medearis wrote in The African American Kitchen, and Southern cooking maven Nathalie Dupree served fried catfish with hush puppies at her wedding. The unusual name is usually attributed to people trying to quiet dogs by throwing them bits of fried treats. Who those people were depends on which story you believe—plantation servants carrying food to the dining room, Southerners hiding from Yankees during the Civil War, Reconstructionists pitying dogs left starving due to food shortages, or hunters rewarding hungry hounds after day-long excursions. Regardless, when hush puppies are made well, there's nothing like 'em. Chow down.

WHERE? Bistro to Barbecue