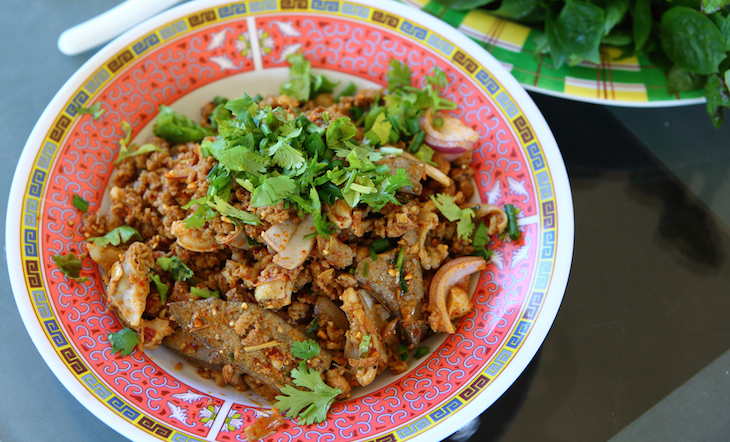 WHAT? Made of poached ground beef or pork mixed with rice powder and enlivened with fish sauce, lime juice, chiles, and mint, larb frequently appears on the menus of Thai restaurants in the United States. But according to Joyce Jue in Savoring Southeast Asia, larb actually originated in Laos. "This highly seasoned salad has spread beyond its original home to tables from Chiang Mai to Phuket and is now regularly served at weddings," she wrote. Jue also notes that it was traditionally made with raw water buffalo, rather like our steak tartare. The word itself means "to put together or combine." Larb is eaten at weddings to symbolize a smooth combination for the newlyweds.

WHERE? Thai with Attitude

These Are the Can't-Miss Restaurants for an Austin Insider