When we say the James Beard Foundation is about good food for good, it’s not limited to sustainable agriculture, the Farm Bill, or reducing food waste. Another important aspect of our mission is highlighting the myriad hands that are helping to shape American cuisine. Below, Joseph Hernandez follows the journey of mutliple Beard Award semifinalist Martha Hoover from sex crimes prosecutor to one of Indianapolis's leading restaurateurs, and how her vision for the future goes far beyond the plate.

Before she opened her first restaurant in 1989, Martha Hoover had never worked in the hospitality industry. She had never even cooked in a professional kitchen. In fact, she worked as a sex crimes prosecutor for five years before realizing her dream was to open a restaurant, an idea that would eventually become Patachou. Fast-forward three decades, and she now helms 13 restaurants, a number of urban farms, and a foundation dedicated to feeding children, combating poverty, and improving Indiana’s food system—her passion project since 2013.

A four-time James Beard Award semifinalist for Outstanding Restaurateur, Hoover built her career from the ground up, on her terms. Before words like “farm-to-table” and “slow food” were in the public consciousness, Hoover worked with local farmers and purveyors at her French-inflected Patachou to create seasonal and fresh food in a casual setting. That ethos still defines Hoover’s restaurants. There’s the brand that started it all, Patachou, now with multiple locations and known for local and seasonal salads and omelets; plus hearth-fired pizza at Napolese; and even craft cocktails at Bar One Fourteen, which also serves thoughtful bar food. And then there’s fast-casual Public Greens, a farm-fresh “cafeteria” which partially sources its ingredients from an adjacent organic urban farm plot (also operated by Patachou). 100 percent of profits from the original Public Greens benefit Hoover’s Patachou Foundation, with a significant portion from the other locations’ profits allocated for the same purpose.

Food is just one part of the equation. “For the last 15 years, we’ve defined our company as ‘radically different, radically better,’” Hoover explains. “The quality of food, eco-sustainability, financial sustainability, and how we connect with the community are the pillars driving every action within the company. Any change we make, any protocol we have, returns to those.” These days, Hoover and the company are moving beyond being simply radical, instead taking a big-picture approach to the company’s growth grounded in a single word: commensality.

Commensality is “the practice of eating as a community, not apart,” says Hoover. “I truly believe that food is democratic, but not in the political sense of that word. Food is power. It is access and equity, self-sufficiency, sustainability—none of these things happen in a vacuum. They’re interrelated.” Owning a company that employees 350-plus people (and growing), it’s no wonder that Hoover is turning some of her attention away from the kitchen. She trusts her team to do right by the quality of product they produce, allowing her own goals to extend beyond the plate. “I want our restaurants to become institutions with critical links to their communities.”

Building that kind of legacy starts with Patachou’s company culture. “In 2019 and 2020, restaurant owners and chefs have to give people other reasons to work for their company beyond a paycheck,” she says.

Employees not only receive a standard benefits package (medical, dental, paid parental leave for all full-time employees), but Patachou Inc. also helps them build skills that contribute to more stability in their lives, says Hoover. “People need extra help. In the restaurant industry, most people live in vulnerable states. A lot of people have two or three jobs to make it work, and if they lose one, their whole world will be turned upside down,” she says. “How do you expect people to come into work at the top of their game for 8 to 10 hours a day, if they’re really fearful of chaos taking over their lives? It’s really hard on a psyche.”

While other businesses expect loyalty for the mere act of hiring people, Hoover incentivizes it with robust career advancement plans, employee assistance programs, an employee-administered emergency relief fund, training programs, open and transparent communication channels, and legal, financial, and mental health counseling. “A job should not be just about pride of place—as a leader, that’s not the only thing employees deserve to get from me,” she says. “There are life skills that [aren’t taught] in school that we can teach them, that ultimately benefit the business.”

These employee programs have proven more than successful for the core business, evidenced in reduced waste in kitchens, more financially savvy managers, a generally positive work environment, and low turnover rate—impressive results in the mercurial hospitality industry. “These programs are not outrageously expensive to fund and administer,” Hoover says. “They make a real difference in someone’s life.”

Even as the company expands—consistently, intentionally—Hoover uses her Patachou Foundation to not only address hunger and food accessibility issues in Indianapolis, but to also build the city’s greater food community at large. The foundation, which serves 2,000 meals a week to children in need, operated out of Patachou’s collective production facilities until recently, when a separate administrative building and kitchen complex was built to account for its growth.

In 2020, the foundation will roll out a new fellowship training program for high school students interested in the culinary arts. Participating students will rotate through urban farming, customer service, kitchen skills, food safety certification, and financial literacy programs throughout the Patachou empire—and will be paid hourly for their time and effort. “Students will walk out of the fellowship with real, hard-earned skills that put them way above minimum-wage work,” says Hoover. “They’ll be ready for higher-level employment upon completion, but the program also benefits the food community at large, since we’ll be addressing some of the market’s labor problems.”

Hoover is the first to say that she runs her restaurants to be profitable, but ultimately, her businesses are run by people. “So much of hospitality is giving people dignity and a voice,” Hoover says. “The problem is that chef culture exalts one person, but kitchens are the ultimate team sport—you can’t talk about the quarterback all the time. Even Tom Brady has a team behind him. Give other people their due.”

Joseph Hernandez is a writer and editor based in Brooklyn, New York. He has served as deputy food editor of the Chicago Tribune and as senior editor of both Thrillist and SevenFifty Daily, and has written for Conde Nast Traveler, the Wall Street Journal, Plate, and more. Follow him on Instagram @joeybear85. 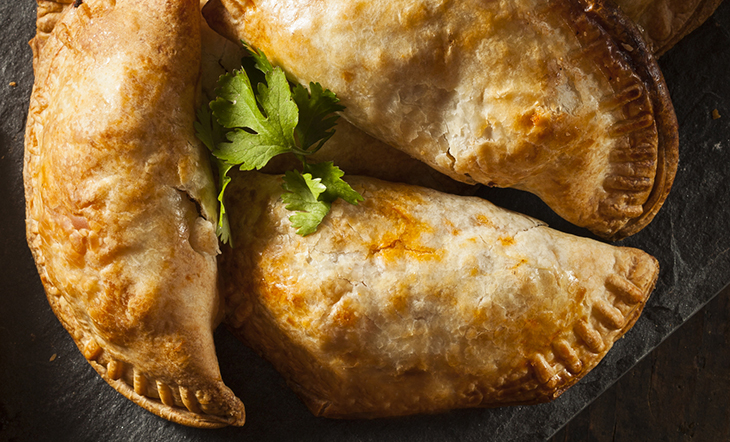