Garrett Oliver is Helping to Diversify the Beverage Industry

Below, Dennis Malcolm Byron spoke with JBF Award winner Garrett Oliver on how he is diversifying the next generation of brewers and distillers with his nonprofit, the Michael James Jackson Foundation.

In March of 2021, LaTroya Butts was starting the boil for a batch of Five Wit Brewery’s popular Sunblaze India Pale Ale in Chattanooga, TN. She decided to take a break and see what was new on Instagram. She visited the account of one of her inspirations—world-renowned brewmaster, author, and innovator Garrett Oliver—and yelped an explicative in joy. Oliver’s latest post named Butts, an emerging Black female brewer, the recipient of one of the Michael James Jackson Foundation for Brewing and Distilling scholarships. Founded in 2020, this nonprofit provides members within BIPOC communities who are interested in brewing and distilling trades with scholarships to achieve their goals.

Oliver’s many achievements are extraordinary, including brewmaster of Brooklyn Brewery, author of The Brewmaster’s Table, editor-in-chief of The Oxford Companion to Beer, and James Beard Award winner in Outstanding Wine, Beer, or Spirits Professional in 2014. However, there is currently one role that just might be the most significant for making a necessary change in the beer industry—the founder and president of the Michael James Jackson Foundation for Brewing and Distilling (MJF). Back in the summer of 2020 during the protests for George Floyd’s murder, Oliver began to reflect on how he could make a difference.

“In the days after George Floyd’s murder, helicopters hung over my roof for hours a day, tracking the waves of protesters,” Oliver says. “I started thinking about how I could use my unique position within the industry to help people of color make lasting inroads into the brewing and distilling industries and become future leaders. The MJF, a 501©(3) nonprofit scholarship foundation, is the result.”

According to Oliver, one of the main components of starting the nonprofit was to address the glaring disparity of people of color having ownership and significant roles, especially on the production side in the distilling and brewing industry. A major factor boils down to access to education.

“There are many reasons for this,” Oliver answers, “but one major reason is the high cost of the technical education that can provide opportunities for advancement. The MJF issues scholarship awards that seek to remove that barrier entirely for people of color who have shown aptitude and drive in the fields of brewing and distilling production.” Oliver continues, “On average, people of color [in America] have 10 percent of the family assets of European-Americans. So, if anyone thinks that finance isn’t a barrier here, let me settle that for them; it’s a barrier.”

One question that often surfaces is the name of the foundation and, no, it is not the late King of Pop. Rather, the name pays homage to another icon and gamechanger: Michael James Jackson, one of the most significant pioneers in the libation industry. A world-renowned beer and whisky writer, Jackson had his own television series that was shown in 15 countries, Beer Hunter, and was a visionary of today’s designation of beer styles. Jackson can justly be credited with being a catalyst for the craft beer industry and he used his status as a white man to make the industry more diverse.

“Michael was an active—and ‘active’ is the important part—antiracist.” Oliver continues, “Michael put his position and his cultural muscle squarely behind me to basically force me into spaces that had previously been all-white. And he did so on purpose, sometimes with an edge. He spent his own political capital to make brewing and distilling better and more diverse than they had been. I’m determined that people will remember his name and his unrivaled contributions…and that they will strive to make their own.”

Currently, the nonprofit offers two scholarships named after Black pioneers in the brewing and distilling industries. They include the Sir Geoff Palmer Scholarship Award for Brewing, named after the founder of the International Centre for Brewing and Distilling at Heriot-Watt University in Edinburgh, Scotland, and the Nearest Green Scholarship Award for Distilling named after Jack Daniels’ first master distiller. Both scholarships offer to pay tuition and course materials for accredited brewing and distilling technical courses listed on the MJF website, plus personalized mentorships from professionals in the industry.

Butts was one of the first five recipients of the Sir Geoff Palmer Scholarship Award for Brewing. She had applied to MJF so she could receive a formal education from an accredited brewing program, of which can be priced up to $10,000 dollars for just a few weeks of instruction. Using her scholarship, Butts applied for the Siebel Institute of Technology Concise Course in Brewing Technology and finished in July 2021. The scholarship, she says, was just the blessing she needed.

“My plan with this scholarship is to continue to bring awareness to the lack of diversity in craft beer and to continue to be a representative for women and people of color in the brewing world while helping those looking to get here,” Butts says. “This scholarship has not only allowed me to grow a platform and gain a voice that I didn’t know I had, but it allowed me to further my education and that’s something I never would have been able to do on my own.”

To date, the Foundation has already made a significant impact with even bigger plans in development.

“Since we started in July 2020, our plans are to make up to $100,000 per year available in direct scholarship funding for technical courses. In 2021, we paid out more than that and awarded 13 scholarships which have literally changed the face of brewing education at major institutions. In some cases, there are now more people of color in the classes than there have been in the past ten years combined. That’s major. I believe firmly that our awardees will go on to do great things for the industry and our American brewing and distilling cultures. These folks were already awesome; the MJF just leveled the playing field a bit,” says Oliver.

So, what’s next for the Michael James Jackson Foundation?

“Part of the MJF’s task over the next year or two is proving ourselves and the efficacy of our work and getting the rest of the industry to step up,” Oliver answers. “I’m confident that established [breweries and distilleries] will step up; our work will help them, too.”

For more information on the Michael James Jackson Foundation for Brewing and Distilling including how to donate, the listing of approved courses, and how to apply, please visit the official website, themjf.org.

Dennis Malcolm Byron aka Ale Sharpton is a world-renowned beer authority, award-winning journalist, blogger, photographer, event planner, merchandise designer, and beer judge, to name a few of his roles. He has written for Craft Beer & Brewing, CraftBeer.com, USAToday, Thrillist, and others. Follow him on Instagram or his blog. 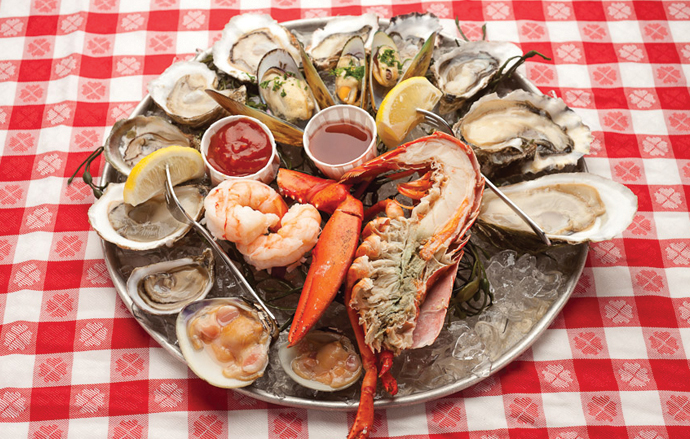