Get a Look Inside the 2019 Design Icon Award Winner

In order to qualify, a restaurant or dining space’s design must have remained substantially unchanged for at least 20 years and must have influenced and inspired the design of subsequent restaurant and dining spaces. Additionally, the restaurant/dining space must still be in operation.

Canlis, the landmark Seattle restaurant that opened in 1950, epitomizes the region and the period’s Northwest Modern movement as interpreted by architect Roland Terry. Looking as warmly modern today (after a reputed nine renovations!) as it did nearly seven decades ago, the restaurant has been lovingly maintained by three generations of Canlis: Peter who built the restaurant; his son Chris who, with his wife Alice, took it over in 1977 and ran it until just recently; and Brian and Mark, the original Canlis’s grandsons, who run it today.

Anchored into the hillside with its massive stone walls, fireplace, and piers, and offering panoramic views through its enormous raked glass windows, the dramatically cantilevered building is the very icon of Northwest design. The angled walls, its most memorable design feature, allow the nighttime views to be uninterrupted by reflections from the dining room, creating an incredibly transparent effect. The design successfully acknowledges that much of dining takes place at night, when the restaurant’s interior is subordinate to the remarkable views outside. At Canlis, the distant lights outside at night seem even brighter than the interior lighting, collapsing the space and bringing the views right to your table.

Peter Canlis’s first restaurant was in Honolulu and its architect collaborated with his former classmate Roland Terry on the next Canlis effort: fine dining on the outskirts of Seattle. It seemed an unlikely proposition then, but today seems like an effortless classic. The choice of Terry was an inspired one—he had been designing homes since he was 18, and when this commission arrived he was just 32 years old. The combination of his youth and his experience with residential design produced a building of unparalleled intimacy, comfort, and domestic scale in spite of its dramatic site and spacious seating capacity.

Terry’s style at Canlis can be seen as a kind of “fusion cuisine,” merging Frank Lloyd Wright and the nascent California Modern movement evolving just down the coast. Wright is visible in the natural materials, enormous hearth, low covered drive and sensitive siting; the California influence seen in the sweeping glass and dramatic profile, the lightly framed facades and the generous proportions. Jim Olsen, of famed Seattle architects Olsen Kundig, said “Roland Terry was the man. I can’t think of anyone else who did what he did, wedding European elegance with Northwest Modernism”.

While the design has, understandably, evolved over the years, it is still very much the restaurant that Roland Terry designed, so much so that it has become synonymous with the Canlis brand. Generations of the Canlis family have been remarkable custodians, continuously improving not just the restaurant, but the building as well.

We congratulate, and thank, the entire Canlis family for their decades of stewardship. Their efforts have kept Canlis a Seattle landmark, and one that remains faithful to its place in the design history of the region and of restaurants nationwide.

The Design Icon Award is decided by the Restaurant Design Committee. 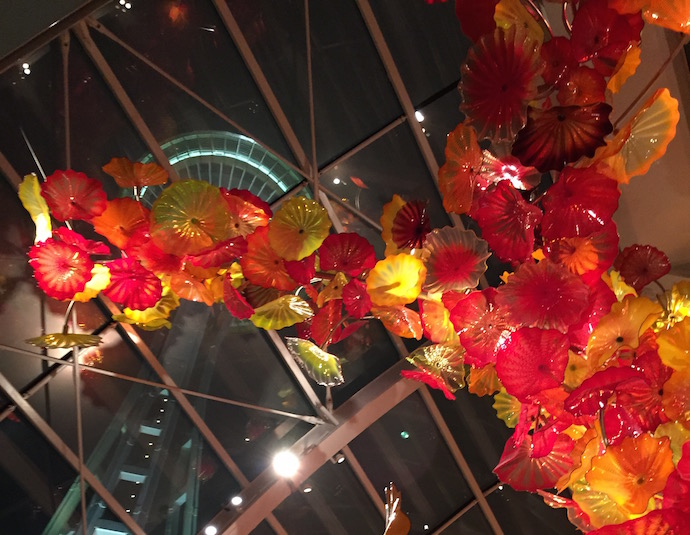