How to Prioritize Mental Health This Holiday Season

As we gather, reflect, and celebrate, it also is important to recognize that the holidays can be a rough time for many people, both culinary professionals and their customers.

According to the Substance Abuse and Mental Health Services Administration, 47.6 million adults suffer from mental illness and 20.3 million people currently suffer from substance-use disorder. The food service and hospitality industry has among the highest rates of alcoholism and drug addiction, second only to mining and construction. As one of the nation’s biggest industries, this means restaurant folks make up a large proportion of our country’s most distressed.

“Running a restaurant is hell. You go four, five, six days in a row where you’re struggling for plates and glassware and people are quitting right and left because the turnover is so high. You think you don’t want to have a drink after that? Yeah, you do,” said chef Ashish Alfred.

Our industry has to look at shifting workplace culture. Decades of shift drinks and afterhours barhopping gave rise to a freewheeling atmosphere where excess and a “work hard, play harder” mentality was the norm. Getting drunk and high, often with colleagues, and “hook up” culture ran rampant. This has translated into alcoholism, chemical dependencies, and exacerbated comorbid conditions like depression, mood disorders, and other mental illnesses for many.

Reshaping the culture inside our kitchens and restaurants won't happen overnight—this is a longterm effort that requires buy-in across the industry. But there are a number of inidividuals and groups pushing for change, and for this holiday season, in order to make sure that we’re taking care of both ourselves and our teams, we’re highlighting a few mental health and sobriety resources that were built by and for the culinary and hospitality industry.

18 years ago, Steve Palmer overcame the disease of addiction and eventually became managing partner of the Indigo Road Hospitality Group empire. Following the death of chef Ben Murray, who committed suicide after an ongoing struggle with alcoholism, Palmer and philanthropist Mickey Baskt, also sober for 36 years, founded Ben’s Friends to help chefs cope with addiction and find their way to sobriety with their fellow food professionals. Started in Charleston, SC in 2016, the network has added meetings in nine additional cities.

Editor and writer Kat Kinsman was one of the first to address this with an industry-wide solution. She created the Facebook group “Chefs with Issues,” where every week Kinsman asks group members “What are you doing to prioritize self-care this week?” Chefs with Issues is a communal space for people to vent their frustrations, voice their fears, and find solutions for challenges.

I Got Your Back

On the West Coast, Patrick and Bobbin Mulvaney, of Mulvaney’s B & L, working with the Innovation Learning Network and four major health care systems in Sacramento, started I Got Your Back (IGYB) as an initiative to address broader mental health concerns. "You have to be [messed] up to work in restaurants," Mulvaney says. "There's an acceptance that we're an industry that takes misfits." The IGYB project instructs employees to write anonymously about what is going on with them and drop it in a box in the restaurant. Floor managers review the cards to get a sense of how the staff is doing and support them as necessary. The IGYB system provides management with an opportunity to check in on mental health and help before any symptoms become acute.

The James Beard Humanitarian Award–winning team at The Giving Kitchen is providing suicide prevention training, for free, for the restaurant and hospitality industry. They’ve also put together a list of national self-care resources that anyone can access and use to build your own stability network, in order to help improve restaurant culture and save lives.

There is a palpable desire to better harness that creativity and drive to positive outcomes and create practical change.

“Have at least one person on staff who can become a certified peer counselor,” says chef Christopher Scott, who is now pursuing this through New York Peer Specialists. “Honor a no–shift drink policy, have programs within your workplace that support diversity. This creates a new environment of healing."

There is plenty more work to be done, but these groups and resources reflect a growing conversation in the industry around mental health. Beard Award winner chef Michael Solomonov opines, “You’ve got people in our industry who are super successful that are talking about vulnerability and things that as a culture we swept under the rug for a very long time. There wasn’t a place to talk about this stuff before. And now there is.”

Take care of yourself and your teams and have a safe and sane holiday season.

If you or someone you know is having suicidal thoughts, help is available. Call the National Suicide Prevention Lifeline at 1-800-273-8255 or text TalkWithUs to 66746. 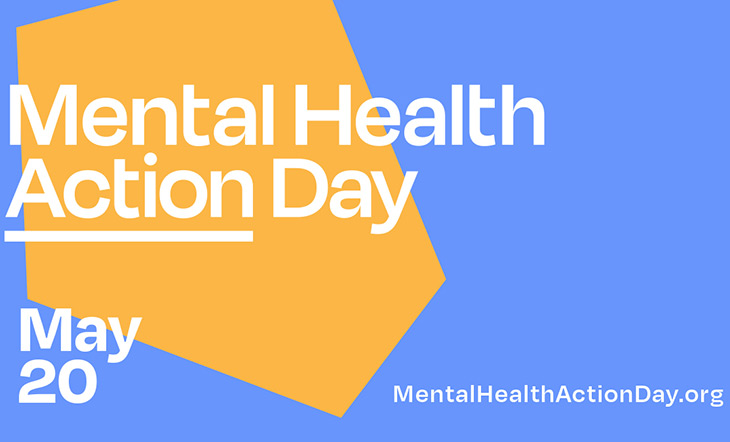