How to Say the Right Kind of Yes

Our latest piece comes from Bryce Gilmore, chef and owner of Barley Swine, Odd Duck, and Sour Duck Market in Austin, Texas. Below, the JBF Chefs Boot Camp alum recounts how his personal and professional focus on supporting local producers and his community affected his views on how best to use what little time he has outside the restaurant to create lasting change.

As chefs, we get inundated with donation requests. A large amount of these are from local charities asking us to donate gift cards, serve food at a gala, lend our space to host an event, or more. The issue: we can’t say yes to everything. Our resources, staff, and mostly, our time, are finite, and at the end of the day we need to make sure the restaurants and employees are taken care of first. Beyond that, it’s hard to tell if these requests make a real impact in the community. If I serve 700 three-ounce portions of a dish at a charity event, what does that do? Was the awareness increased? Were the funding goals met that will create real change? These are questions I rarely know the answer to.

At my restaurants, we source everything from our surrounding city and region: if we can’t source it, we make it. If we can’t make it, we don’t serve it. When I first embarked on my own in this industry, my mission was to source 100-percent local ingredients. I started with the Odd Duck trailer in 2009, and now, three restaurants later, that is still the ethos for all my restaurants. While it may seem more challenging to source for more restaurants over time, it’s actually become easier. Other chefs and restaurants see the value in supporting local food, driving up the demand for farmers, who in turn have responded. They’ve planted more, more farms have opened, and education for consumers on where food actually comes from has increased. It’s been an unofficial movement that I’ve been proud to be a part of.

One day, while having a meeting with my partners at Odd Duck, we discussed all of this: the constant influx of charity requests, our support of local farmers, and education for consumers on buying local. We wanted to create something we knew had an impact, and in the spirit of being local, we wanted that impact to be in our neighborhood.

Exactly one mile from Odd Duck is Zilker Elementary, a public school in the Austin Independent School District that had an existing campus garden called Jabo’s Garden, named after its caretaker. Along with my Odd Duck partners and staff, we set out to create a partnership with Zilker Elementary. The goal from the start was to build out the garden to create an environment where students can learn, interact, and understand where their food comes from. At the same time, we’d get our micro-community involved through the school’s students and parents and raise funds to care for the garden throughout the year.

Our partnership with Zilker Elementary formally started in 2014. The first step was to raise some money. We hosted bake sales on Saturday mornings at the restaurant with 100-percent of the proceeds going towards the garden. We worked with the school to spread the word to parents, teachers, and the neighborhood so together we could raise as much for the garden as possible. Our annual anniversary party donated door and silent auction proceeds to the garden as well. With the funding we needed to plant the first rows of seeds, an official garden event was held and Odd Duck partners, staff, and the school’s kids and parents came out to plant new seedlings, design the garden, and work together as a community.

Today, the garden is an integral part of Zilker Elementary. As their website states, “it gives students a place to learn about and experience the connections between their actions, their health, their community, their environment, and, of course, their tastebuds.” We still donate proceeds from bake sales and other in-house events to help with the yearly funds and personnel needed to keep the garden running smoothly. There is now enough money and support behind it that the school was able to hire a designated garden teacher and create a program where students run farm stands throughout the school year to show off and sell what they’ve grown. Families, students, and neighbors regularly volunteer to help, as well.

As chefs, we have an opportunity and a platform to create change and raise awareness. I may not be feeding 700 guests at an annual charity event, but if every year, 15 kids learn how to plant a vegetable, and take pride in doing that and knowing where their food comes from, then I feel like we’ve made an impact. It’s a change I can see firsthand, and feel confident that it will affect these kids throughout their entire lives. 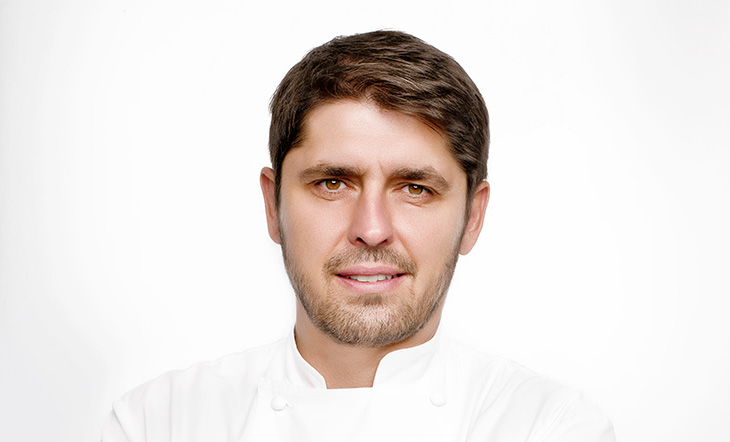 Ludo Lefebvre on L.A. Eats and His Top Travel Food