The James Beard Foundation joins the culinary community and the city of New Orleans in mourning the loss of Ella Brennan. Brennan was best known for the influence she had on the New Orleans dining scene as matriarch of Commanders Palace.

“Ella Brennan was more than a restaurateur, she was the embodiment of a certain type of uniquely American hospitality that is forthcoming, comfortable, and elegant all at the same time," said Mitchell Davis, executive vice president of the James Beard Foundation. "Considering the conversation around women in our industry today, her achievements are even more noteworthy. New Orleans plays an outsized role in America’s larger culinary imagination, and Miss Ella deserves some credit for that, as well. She will be deeply missed.”

Brennan was the recipient of the James Beard Foundation Lifetime Achievement Award in 2009. Below is the profile of her that appeared in our JBF Awards program that year:

According to New Orleans restaurant doyenne Ella Brennan, her life’s work doesn’t feel much like work at all. “It’s home,” she explained of Commander’s Palace, the flagship restaurant in the Brennan family empire. “It’s a way of life; it’s not a job.”

As the unofficial head of the Brennan family, which collectively owns 11 restaurants in the South and beyond, Ella Brennan’s contributions to food culture in New Orleans and, indeed, to America, are legendary.

At 83, Brennan has been in the restaurant business for more than 60 years. She got her start at the age of 19, when her older brother Owen bought the family’s first restaurant. The food, Brennan decided, didn’t compare to what the family ate at home. “I was one of those fortunate people that have a mother who had magic in her hands when she cooked,” she explained. When Brennan complained about the eatery’s fare, her brother challenged her to do something about it. Before she knew it, Brennan was running the place.

Always eager to learn, Brennan started cooking, traveling, and talking to everyone she could about the restaurant industry, including James Beard, who became a mentor, giving her lists of restaurants to visit, books to read, and people to meet. “He was a big part of igniting my interest in all things food and wine. He did everything humanly possible to help me,” Brennan remembered, adding with a laugh, “I always say that when I die I’m going to go to the saloon in the sky and I know Jim’s going to be there.”

In 1974 Ella Brennan and her family took control of Commander’s Palace, a century-old restaurant in a landmark Victorian building. “We said, ‘Let’s make it the absolute best restaurant we can make it,’ and that’s what we’ve been doing ever since,” Brennan said.

The epicenter of fine dining in New Orleans, Commander’s Palace brought haute cuisine to the city and introduced Creole food to the rest of the country. As the restaurant’s driving force, Ella Brennan championed the style of refined yet warm service for which Commander’s Palace became known.

“We don’t just serve people, we have a service philosophy,” Brennan said, likening the rhythm of the nightly seating to a performance. The restaurant’s well-choreographed routine—along with Brennan’s knack for recognizing and nurturing great gastronomic talents such as Paul Prudhomme, Emeril Lagasse, and the late Jamie Shannon—earned Commander’s Palace countless standing ovations, including the 1993 Beard Award for Outstanding Service and the 1996 Beard Award for Outstanding Restaurant.

A few years ago Brennan handed over management of Commander’s Palace to her daughter, Ti Adelaide Martin, and niece Lally Brennan. “We did our best to get them out of the restaurant business,” she said of the younger family members, “but they thought we were having too much fun.”

Even though Brennan is no longer involved in day-to-day operations, she continues to play a vital role at Commander’s Palace as a mentor to the next generation. “I think the most important thing is teaching,” she said. “You sit down with young people and you talk to them, you tell them stories of the past.”

And after six decades in the business, Ella Brennan has got plenty of stories to tell. 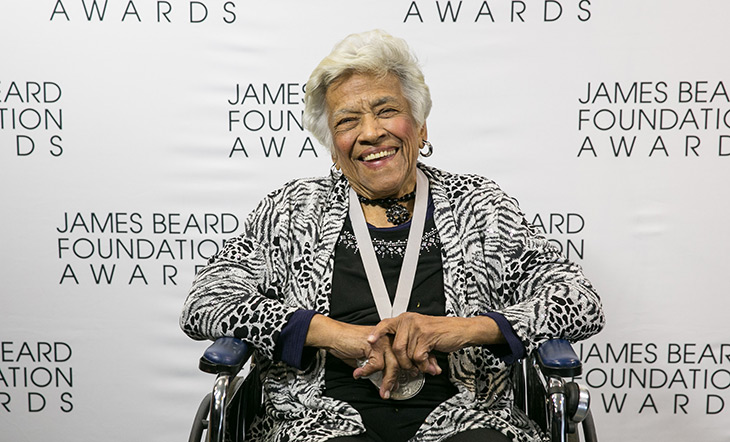