Today we're pleased to announce the five recipients of our 2018 America's Classics awards. This honor is given to regional establishments, often family-owned, that are cherished for their quality food, local character, and lasting appeal. Read on to learn more about this year's winners, who will be honored at the James Beard Awards Gala at Lyric Opera of Chicago on Monday, May 7.

Sun Wah
5039 N. Broadway Street, Chicago
Owners: Kelly Cheng, Laura Cheng, and Michael Cheng
Eric Cheng began his career in New York City in Chinatown. In 1986, he and his wife, Lynda Cheng, opened a B.Y.O. storefront in Uptown Chicago, then, as now, the city’s most ethnically diverse neighborhood. In 2008, three out of their four children, Michael Cheng (barbecue chef), Kelly Cheng (general manager), and Laura Cheng (executive chef), took over the business and moved the restaurant to a bigger space around the corner. People travel from across the city for their famed three-course Beijing Duck Feast (so famous the family doesn’t bother listing it on the menu), carved tableside and served with duck fried rice and duck soup. Sun Wah got its liquor license years ago, but in a nod to its history and its loyal supporters, permits B.Y.O. for a ludicrously low corkage fee.

Galleria Umberto
289 Hanover Street, Boston
Owners: Paul Deuterio and Ralph Deuterio
North End used to be a neighborhood of winding cobblestone streets. Italian immigrants began arriving here in the 1860s from Genoa, then Campania, Sicily, and Abruzzo. Umberto Deuterio founded Galleria Umberto in 1974. Sons Paul Deuterio and Ralph Deuterio run it today. The interior is straightforward, dominated by a counter and a hand-painted wall map of Italy. The Deuterios make arancini and calzones, but the main draw is crisp-edged squares of Sicilian pizza. When the pizza runs out, the shop closes for the day. They also close Galleria Umberto in July to maintain the business and spend time with family. Much has changed in the North End, but $1.85 here still buys you a slice and a taste of the old neighborhood.

Los Hernandez
3706 Main Street, Union Gap, WA
Owner: Felipe Hernandez
Union Gap is the retail hub of rural Yakima County and home of Los Hernandez, where handmade tamales are the sole menu items. In 1957, Felipe Hernandez immigrated from Piedras Negras in Coahuila, Mexico, to eastern Washington to work in agriculture. Some 40 percent of U.S.-grown asparagus is cropped in Washington, much of it by Hispanic farmworkers in the Yakima Valley. He opened Los Hernandez in 1990, using a recipe adapted from his sister Leocacia Sanchez’s tamales. Today, Hernandez and his wife June, along with daughter Rachel Wilburn and her husband Dion Wilburn, begin by milling dried corn to make masa. Chicken and pork tamales are available year-round. From mid-April to June, production shifts to a pepper jack and asparagus combination that makes the most of the short-lived local crop.

El Guero Canelo
5201 S 12th Avenue, Tucson, AZ
Owner: Daniel Contreras
The Sonoran hot dog evinces the flow of culinary and cultural influences from the U.S. to Mexico and back. Decades ago, elaborately dressed hot dogs began to appear as novelty imports on the streets of Hermosillo, the Sonoran capital. Today, Tucson is the American epicenter, and Daniel Contreras is the leading hotdoguero. A Sonoran native, Contreras was 33 in 1993 when he opened El Guero Canelo. The original stand is now a destination restaurant, outfitted with picnic tables and serviced by a walk-up order window. Fans converge for bacon-wrapped franks, stuffed into stubby bollilos, smothered with beans, onions, mustard, jalapeño sauce, and a squiggle of mayonnaise. Contreras operates three branches in Tucson, one in Phoenix, and a bakery to supply the split-top buns.

Dong Phuong Bakery
14207 Chef Menteur Highway, New Orleans
Owner: Linh Tran Garza
The Vietnamese community in New Orleans dates to the end of the Vietnam War, when refugees moved to Louisiana, where they relished a climate reminiscent of their home. De Tran and Huong Tran settled in New Orleans East. In 1982, they opened Dong Phuong, one of the area’s first Vietnamese bakeries. They became known for their banh mi, sandwiches variously stuffed with pâté, Chinese sausage, and barbecue chicken, slicked with aioli, and topped with pickled vegetables and fresh herbs. Now run by Huong Tran and daughter Linh Tran Garza, Dong Phuong exemplifies how thoroughly the Vietnamese community has become a vital part of the local culinary landscape. The bakery now supplies dozens of cafes and shops with thin, crackling-crust bread with a pillowy interior, ideal for building the city’s iconic po-boy sandwiches. 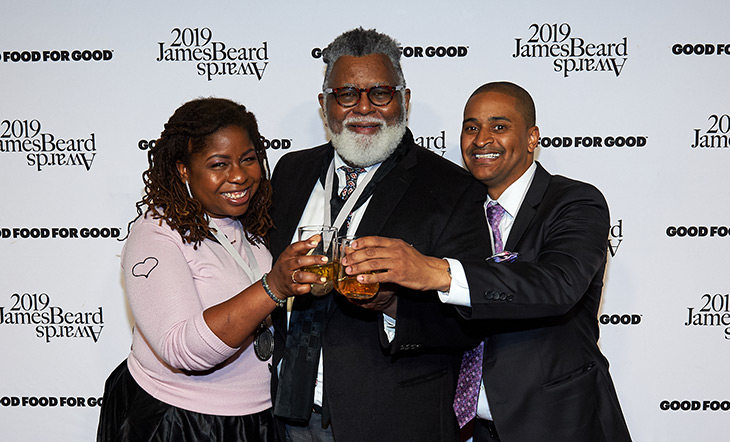