In part two of our interview with Jonathon Sawyer (read part one here), the tireless activist and JBF Award winner explains why nobody should be eating bluefin tuna, how people can eat more sustainable seafood, and why trash fish is delicious.

JBF: You recently wrote a piece for Esquire where you state that you’ve given up tuna. Do you still cook with it for your restaurants or any other events?

Jonathon Sawyer: No, we would never do that. I can say this with a fair amount of confidence, there’s really only ever been tuna in our restaurants once, and it was maybe about three-and-a-half years ago, at Noodle Cat. A chef that was new to the company did a special with some tuna. I think that’s literally the only time it’s ever been in the restaurant.

JBF: What made you give it up in the first place?

JS: People shouldn’t eat bluefin tuna at any point in time, ever. It just doesn’t make sense. Every one that you eat ensures the species’ eventual extinction—that’s the truth, and anybody that says otherwise is a profiteer. Other species of tuna aren’t in as dire a situation as the bluefin. I think there are very positive things happening on the Pacific side with yellowfin and big-eye, and somewhat positive things happening with albacore on the Eastern Atlantic side. But tuna needs to be something that we stop having in every sandwich in every cafeteria across the country. It needs to be something that’s a little more special that we eat with reverence, not just “I ran out of sandwich ideas, just throw some mayonnaise on this shit and put it on toast.”

JBF: What can the average person do to eat a more sustainable seafood diet?

JS: I think the most tangible thing to do is to download the Monterey Aquarium Seafood Watch app and use it on a regular basis. There’s tons of information out there, and you can lose yourself trying to sort through it all. At the end of the day, as a consumer, you’re buying fish from all around the world, and the app is the best thing you can use to see if you’re on the right track. [Cook up some sustainable seafood at home with this recipe from Jonathon Sawyer.]

JBF: What’s trash fish? Do you serve it in your restaurants, and if so, how do you get your customers to try it?

JS: Trash fish is really just a clever marketing name that we came up with for secondary fish, tertiary fish, or bycatch—for example, buffalo fish, porgy, sheephead, Mayan fish, even carp. In fishing, as the net or trawl comes up from the depths of the ocean, there’s almost inevitably some fish you don’t want in there. Hopefully, not too many. But we wanted to create a marketplace for fishermen to make sure that they always had an outlet for everything that lands on their boat.

Michael Leviton of Lumière is really the pioneer of it, and so he and some chefs came up with the idea of taking the trash fish term and turning a negative into a positive. We only serve one piece of fish at the Greenhouse Tavern, and it’s called “market fish.” The idea is to be fluid, so we can get sturgeon from Mote Marina in Florida and it’s shipped to us directly, and it’s a third use of a very sustainable, closed system, farm-raised fish [the first and second uses involve replenishing populations and harvesting caviar]. Or we can get perch out of our lake because we know that they’re certified sustainable, or we can get a shipment of porgy from the East Coast, or a shipment of rockfish from the West Coast. So it’s the server’s opportunity to talk to the table about trash fish or rockfish or lake fish.

JBF: As someone who’s a little bit more established as an activist, what was the JBF Chefs Boot Camp like for you?

JS: It’s really cool to get to meet heroes like Michel Nischan, people that you personally admire for the way that they’ve run their career, to be able to have conversations and ask questions. That access is something I don’t think would ever happen because we don’t live near each other, and so we wouldn’t have had the opportunity.

JBF:  Who would you recommend people follow on social media for more information on any of the issues that we’ve talked about?

JS: I like Tom Philpott—his writing is witty, and he always has a very good opinion. I love Michel Nischan, of course. I think Tom Colicchio uses his voice totally appropriately. I would say Jamie Oliver, and I would say Monterey Bay Seafood Watch. Oh, let me add one more thing about social media. It’s not someone to follow, but it’s a hashtag: #TunaFreeTuesdays. All the chefs from the last Seafood Watch meeting and a couple chefs that I know from Boot Camp are going to start taking pictures of fish they’re serving that’s not tuna. You can also call out a restaurant that’s serving bluefin, or you can champion a place that’s not serving tuna on that day by writing #TunaFreeTuesday.

For more information about how chefs are using their voices to advocate on issues they care about, check out chefactionnetwork.com or follow them using #chefslead on Twitter @chefaction. 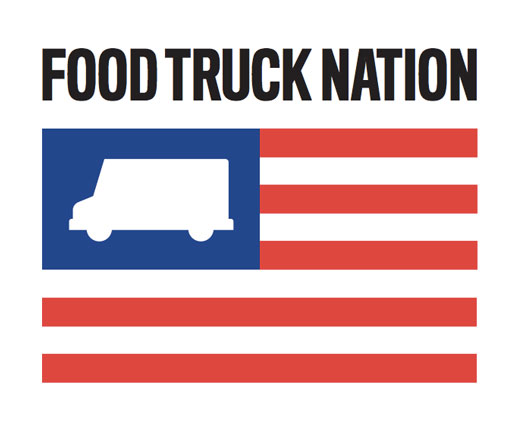