Our industry is in crisis. The COVID-19 pandemic has already permanently shuttered more than one percent of restaurants, forced millions into unemployment, and left chefs, owners, and workers struggling to imagine what the future looks like in the near and long-term. As states re-open and the industry looks to rebuild, we're sharing stories from the front lines of businesses reacting and adapting to this new landscape. Below, Layla Khoury-Hanold explores how three women-led kitchens are approaching employee mental health and well-being in the wake of a series of suicides, the #MeToo movement, a global pandemic, and the recent groundswell of protests against racial injustice. From cultivating an open culture to providing access to counseling, these women are making a safer work environment a top priority.

Before the world was rocked by the COVID-19 pandemic, the restaurant industry was reckoning with a mental health crisis. The #MeToo movement and a series of tragic suicides helped bring systemic issues relating to mental health, substance abuse, and toxic workplace culture to light, spurring conversation and leading to the creation and growth of industry-specific support groups and resources. But even as the pandemic threatens the restaurant industry’s survival, some chefs still see investing in their employees’ mental health as critical to creating a safe and healthy workplace long-term.

According to Mental Health America (MHA)’s 2017 and 2019 Mind the Workplace reports, the food and beverage industry ranks as one of the unhealthiest work environments. Contributing factors include high stress, high rates of alcohol or substance use, the expectation of working long hours, retribution for taking time off, and a culture unaccustomed to discussing mental health, says Theresa Nguyen, MHA’s chief program officer, vice president of Research and Innovation.

“[It’s] what I would imagine it’s like being in the military. You’re totally torn down…every interaction is hostile, every minute you have to prove that you deserve to be there,” she says.

“You have to have a little more heart nowadays because there’s a lot more going on outside the restaurants,” Compton says. “If you’re not understanding of [your employees’] background and you don’t have that open-door policy, you’re driving a wedge between you and your staff.”

Both Compton’s and Fields’s employees are enrolled in a confidential and cost-free Employee Assistance Program (EAP), which provides services such as financial relief and counseling sessions. At Willa Jean, Fields nixed floral arrangements to free up budget, and it’s proved critical for employee retention: “It’s kept six people working here [who] otherwise wouldn’t have been able to continue being employed,” she says.

Judy Ni, chef/owner of bāo·logy in Philadelphia and an alumni of JBF’s Chefs Boot Camp for Policy and Change, also values interpersonal connection, something she feels has been lacking in industry culture.

“It’s not just talking,” she says. “It’s spending that mental and emotional energy to connect with people.”

Ni, who has clinical depression, is attuned to her staff’s mental health. To prevent burnout, she offers paid vacation, holidays, and mental health days. When bāo·logy pivoted to take-out, Ni anticipated that her employees might feel uncomfortable returning to work. She gave them the option to continue working or be furloughed and collect unemployment. They all chose to stay.

A leadership style grounded in sensitivity has been key as food service workers have become essential workers and restaurateurs have become ad-hoc public health officials.

“There’s the additional burden of anticipating your staff’s needs during this time, from PPE to checking in to making sure they’re okay,” Ni says. “Not everyone is comfortable asking for help. The responsibility of leadership is to be open and be aware that people may not want to say certain things.”

The notion of creating a safe work environment for all is also shifting as the U.S. grapples with social injustice and systemic racism. According to July 2020 results from MHA’s online screening program, among people who chose racism as a top contributing factor to their mental health, 76 percent scored positive or moderate-to-severe for a mental health condition.1

“It’s opened a discussion and made people more aware of how Black people are automatically at a disadvantage,” Compton says of recent anti-racism protests. “It’s educational for my white staff members to realize that they have more leverage with equity and job availability.”

In 2016, Compton took a race equity class and, upon learning about racial disparity in the criminal justice system, implemented a work-release program to hire inmates as dishwashers or prep cooks. Now, Compton sees a new opportunity for building workplace equity.

“We have [fewer] covers, we’re less busy, so it’s a great point to hire people who may be less qualified, [and] train and mentor them,” she says. “It will allow people to get into restaurants and positions that they never had a chance [at].”

Ni, whose staff represents different races, ages, and backgrounds, sees diversity as an asset to creating a safe workplace.

“As individual[s], we can’t thoughtfully understand the full range of experiences that the rest of the world goes through,” she says. “But we can create a community that allows for the opportunity to exchange those ideas…because it’s easy to have blind spots, [including] bias.”

By prioritizing employees’ mental health, these chefs are leading the charge toward a stronger, more sustainable industry. But diners need to be part of the change, too, especially in this moment of crisis for food businesses at-large. This means adjusting expectations on what a restaurant experience costs and how we value workers.

When Bywater American Bistro re-opened on July 1, Compton implemented a four percent “kitchen recognition charge” to help address the front- and back-of-house wage disparity. With less revenue projected, the timing felt right for passing that cost on to the diner.

“That way, the cooks and dishwashers and everyone else in back of house feels good because they feel like people appreciate us,” Compton says.

For Fields, it’s a matter of priorities: “The minute that diners start caring [as much] about how the employees are treated as they do about how the chicken they’re eating was treated—once we get that shift and [they] realize the human component of hospitality, everything changes.”

Layla Khoury-Hanold is a freelance journalist whose work has appeared on Food Network, Saveur, and Refinery29, and in the Chicago Tribune. Follow her on Instagram @words_with_layla or on Twitter @words_withlayla. 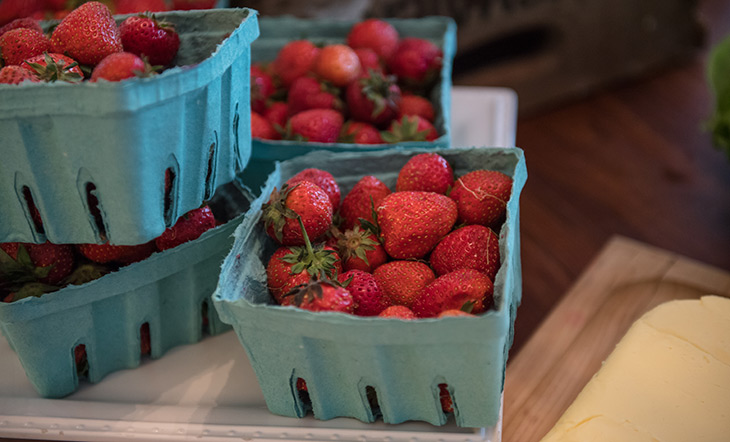 What Does Being Essential Mean for Agricultural Labor