Laughter, Tears, and Signs of Change

Reflecting on the 2019 James Beard Awards

The James Beard Foundation is guided by our mantra of “good food for goodTM.” For chief strategy officer Mitchell Davis, that means digging into the complex relationships of our current food system through global conversation, finding ways for the Beard Foundation to collaborate with others in envisioning the future, and making sure that chefs have a place at the table when we talk about feeding our planet both sustainably and deliciously. Below, Davis reflects on the 2019 James Beard Awards, noting shifts in the definition of culinary excellence, and the increasing presence of ideas of advocacy and sustainability in the discourse around American food and dining culture.

I spent my childhood summers at a Jewish day camp with socialist tendencies, where every competition and contest always ended in a miraculous tie. Perhaps that’s why at all of the James Beard Awards ceremonies I’ve attended—26 and counting—I’ve wished everyone nominated could win.

Looking back on this year’s #JBFA festivities, I can honestly say that we all came out winners. Of course, some nominees left with medallions around their necks and many more didn’t. But when I think about what transpired across the entire arc of the awards celebrations—from the Media Awards in New York, to the Leadership and Restaurant and Chef Awards in Chicago, to all of the panels and parties in between—the food and restaurant industries really shone. More than just excellence in cooking, these awards celebrated substantive impact, action, and change. As an industry, we have a lot to be proud of.

The power of this industry to affect change was a theme that emerged at every event on the Awards calendar. From the podiums in New York and Chicago we heard stories of political awakening, of community building, of commitment to creating professional work environments and supporting sustainable practices. These awards marked the debut of the Beard Foundation’s new tagline Good Food for Good™, but the notion of using good food as a medium to make the world a better place is clearly already part of the fabric of our community.

It’s easy to pat ourselves on the back, having issued inclusion directives last year to the various volunteer Awards committees that oversee the process, as well as making our own commitments as an organization to improve. But we don’t control how the Awards happen, how the judging goes, whom the winners will thank, or what the press will say. And we couldn’t have been happier with the outcomes. Finally the semifinalists, nominees, winners, and even the audience of the Awards have begun to look more like the restaurants and the communities across America that comprise our food culture.

But there is plenty more work to do as an organization, and as an industry. We are already analyzing data, tweaking our policies and procedures, making sure that openness and fairness prevail. Through strategic partnerships and increased investment, we are doubling down on our sustainability campaigns and on our commitment to integrate the values of our Impact programs fully into everything we do—which includes bolstering our efforts to further improve access and opportunity. And we are finding ever more ways to evaluate and reward excellence across the entire spectrum of American cuisine.

The first James Beard Awards ceremony I attended back in 1993 at the New York Marriott Marquis was very different, in so many ways. But the seed of what was to come was already there. In fact, James Beard himself likely sowed it back in 1958 when he noted to his friend, colleague, and penpal Helen Evans Brown, “If we really believe in food, we must do something about if, for our voices should be raised above the rest.” American food is evolving. The James Beard Foundation is evolving. And in the process we are all become winners. 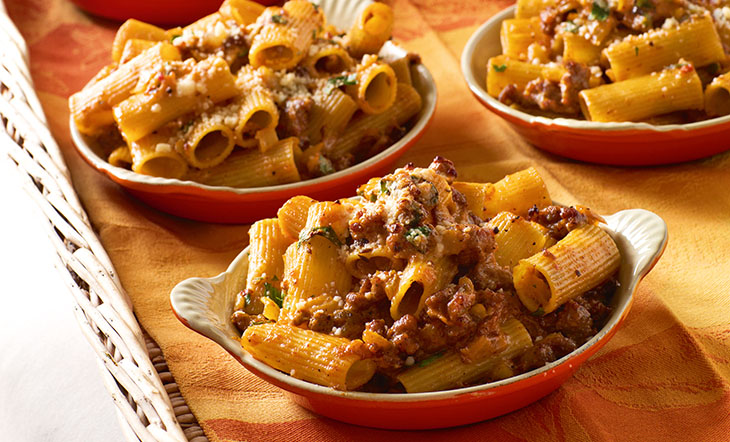