In our final countdown to Wednesday's 2012 James Beard Foundation Leadership Awards, we're introducing you to each of the five visionaries being honored for their outstanding contributions to creating a healthier, safer, and more sustainable food world. We've already filled you in on Dr. Kathleen Merrigan, Dr. Jason Clay, and Tensie Whelan—and today, we'd like you to meet:

When Malik Yakini describes the bumper crop of organic tomatoes, kale, and salad greens that he and his team harvested this year at D-Town Farm, a seven-acre site in a public park in Detroit and the largest endeavor of the DBCFSN, he isn’t simply taking pride in the produce. “The work that we’re doing is not just about food,” Yakini emphasizes. “We’re planting seeds of consciousness at the same time that we’re planting seeds that will grow into fruits and vegetables.”

For this lifelong social justice activist, transforming consciousness means promoting self-sufficiency and building a sense of community empowerment—all within the context of “traditional African cultures and our own historical legacy of resistance to oppression.” To this end, DBCFSN also runs the Ujamaa Food Co-op, a monthly buying club for obtaining groceries at below-retail prices, set to open as a full-service retail store within the next two years.

Yakini founded DBCFSN in 2006 to counter a food system that has reduced his city to what has been termed a “food desert.” Many Detroiters live nowhere near a supermarket but must obtain “what could really only nominally be called food,” he explains, from fringe food locations like gas stations or party stores. “Since we’re faced with a lack of fresh, healthy produce in Detroit, we thought growing our own food is one way of addressing that. We see ourselves as creating a model that we hope will inspire other people in the city,” says Yakini.

In the former automotive center of the world, 20 to 30 percent of residential lots are now vacant, as thousands of unsafe buildings have been demolished by the city. But rising from that rubble is a major urban agriculture movement, with Yakini as one of the significant players.

He’s also inspired by Growing Power founder and CEO Will Allen, who, in turn, admires Yakini for “his commitment to improve the lives of all the citizens of Detroit.” Says the 2011 JBF Leadership Award recipient, “Malik Yakini is truly one of the strongest community leaders in the country because he is unafraid to tell the truth.”

Yakini acknowledges that improving Detroit’s food security involves more than creating access. It also requires a cultural shift away from the emotional attachment to unhealthy food—which DBCFSN addresses with a public education campaign that includes the “What’s for Dinner?” lecture series and the Food Warriors Youth Development Program, which teaches youth about problems with the current food system and the virtues of sustainable agriculture.

DBCFSN also fosters a localized food system at an advocacy level: it’s the lead organization in writing the city of Detroit’s Food Security policy and in the 2009 creation of the Detroit Food Policy Council, which Yakini chaired until this spring.

Clearly Yakini is not slowed down by complacency. “I can’t really stop and pat myself on the back, because the majority of people in the city of Detroit are still impacted by food insecurity and food injustice.” – Nicole Citron 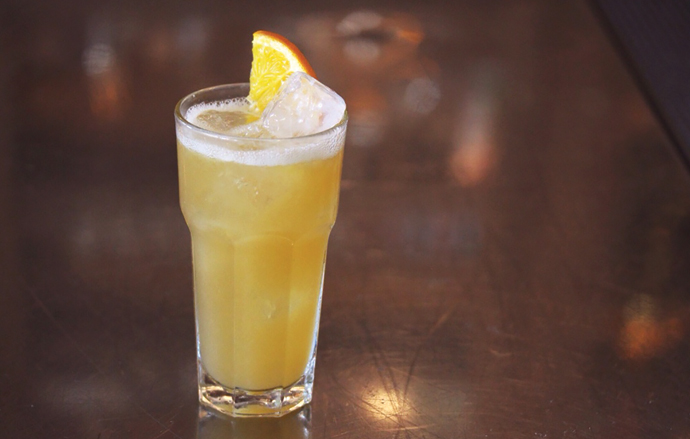