The 2012 James Beard Foundation Leadership Awards are just one day away! In our final countdown to tomorrow's festivities, we're introducing you to each of the five visionaries being honored for their outstanding contributions to creating a healthier, safer, and more sustainable food world. We've already filled you in on Dr. Kathleen Merrigan, Dr. Jason Clay, Tensie Whelan, and Malik Yakini—and today, we'd like you to meet:

To sum up Wendell Berry’s achievements is no easy task. A prolific author of more than 50 books of poetry, fiction, and essays, Berry is also a farmer, an academic, and a philosopher, as well as the recipient of countless honors and awards. The impact that his insights on sustainable agriculture and land use have had in shaping our food system during the past six decades cannot be overstated.

Speaking from his home in Port Royal, Kentucky, however, Berry is modest about the legacy of his career: “To imagine what it means to have my work noticed and appreciated means I have to imagine what it would mean not to have it noticed and appreciated,” he says. “So I’m very grateful on that account—it means my work has reached some people, and been useful in that way, and that’s what I meant it to be.”

Berry’s work has been useful largely because of its practicality. He believes in the power of community and family, in farming responsibly and in tune with nature, and in respecting a sense of place. His philosophies are simple in a beautiful way, and as a result, Berry has been able to connect with an unusually broad audience: farmers, politicians, scientists, and academics alike gravitate toward his work.

“I was so impressed by his commonsense insights,” says 2011 JBF Leadership Award honoree and Leopold Center for Sustainable Agriculture distinguished fellow Fred Kirschenmann, recalling his first meeting with Berry at the agriculture nonprofit the Land Institute some 30 years ago. “He was saying exactly the kinds of things we needed to be thinking about and doing.”

At age 78, Berry is hungry for more information, and always interested in a healthy debate or discussion. “His way of learning more is to be open. If you disagree with him, he would welcome a conversation with you to see what he could learn. That doesn’t mean he will easily discard his core commitment and principles, but he is the opposite of ideological—he is always interested in learning more, particularly from nature and his fellow humans,” says Kirschenmann.

This quest for more knowledge keeps Berry active with both a hoe and a pen. “I never think to myself, ‘Oh, now I’ve done enough, maybe I should sit back and wait for change,’” he says. “The situation with our food system today doesn’t afford that kind of conclusion.” A strong supporter of the Farm Bill, Berry is gratified by the interest in local foods and development of local markets across the country, but is troubled by the continued growth of industrial-scale agriculture. “I hope that the emphasis on food can spread itself to an interest more generally in the way that land is used in this country,” he says.

His ultimate hope for the future of our food system is as simple as it is profound: “If I could have any legacy,” he muses, “it would be to help create a healthier world, where every life form—trees, humans, insects, animals—has a better, cleaner life.” – Jamie Feldmar 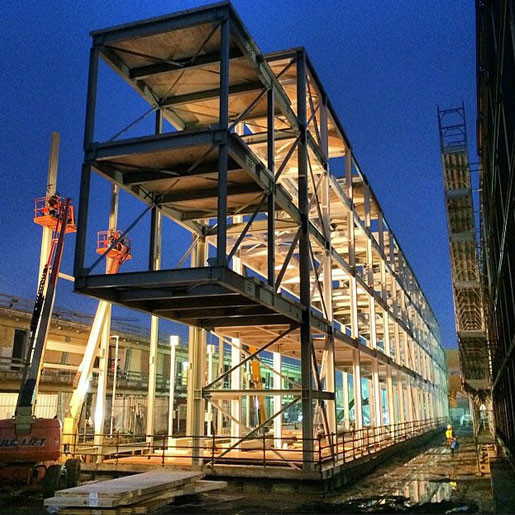