New Orleans–based chef Justin Devillier is in New York for today's Beard House dinner to celebrate the 12th anniversary of La Petite Grocery and to introduce his favorite menu items—think: turtle Bolognese and blue crab beignets—to the Big Apple. We caught up with the four-time Beard Award nominee for Best Chef: South to discover his go-to New York City eats, one of the recipes that he'll serve tonight, and why he thinks we should keep an eye out for chef Nick Anderer.

What is your favorite place to eat in New York and what do you order there?

In your opinion, who is a rising-star chef to watch in New York?
JD: Nick Anderer of Marta and Maialino.

If you could have dinner with any New York chef, dead or alive, who would it be?
JD: Eric Ripert.

What New York City neighborhood do you think has the best food scene?
JD: I’m not a New Yorker so I don’t have the authority to say!

What are you most looking forward to about the James Beard Foundation event?
JD: Bringing our La Petite Grocery favorites to New York City. Can you share one of your signature recipes with us?
JD: Blue crab beignets (pictured above).

What kind of food does New York need more of?
JD: Vietnamese!

Get the recipe for Justin Devillier's Blue Crab Beignets​.

This interview was originally published on gotham-magazine.com. 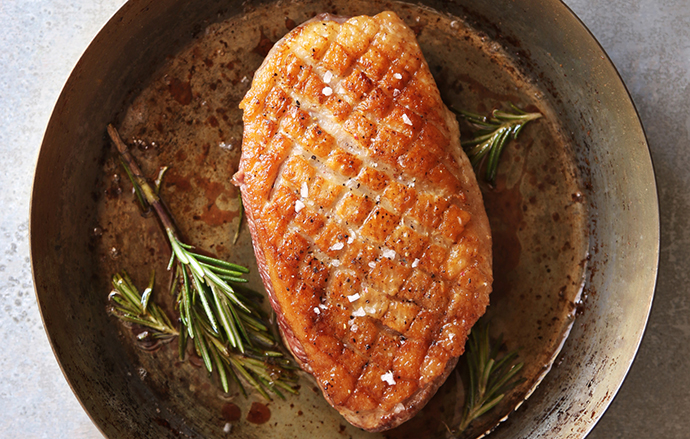