Wolfert’s career in food began in the 1950s, when on the advice of her mother, the newly married Columbia graduate took up cooking classes. She learned from and eventually worked for Dione Lucas, the first woman to have a TV cooking show, in addition to working for James Beard, himself. In 1959 she moved to Tangiers, where her love of Mediterranean and Moroccan cooking began and would be translated into nine books during her career. Her first book, Couscous and Other Good Food from Morocco, was published in 1973 when a tagine was foreign to the majority of Americans. With 1994’s The Cooking of the Eastern Mediterranean, Wolfert highlighted delicious recipes that represented the healthful diet of the Mediterranean, and established herself as an early champion of the benefits to eating the Mediterranean way. This book earned her a James Beard Award, one of five she has received, including the M.F.K. Fisher Distinguished Writing Award in 1996 for a feature titled “My Old Moroccan Home” in Saveur, and the Cookbook Hall of Fame in 2008.

"I am so honored to receive the James Beard Lifetime Achievement Award. This honor is especially meaningful to me because I knew Jim Beard well, and in fact, back in 1957, he gave me my first professional job in food,” said Wolfert. “I've spent most of my adult life exploring the cuisines of the Mediterranean, striving to find the best versions of great dishes of the region, then passing on the recipes and stories of Mediterranean women who cooked them in my various books. Over the years the James Beard Foundation has honored many of them. I view this latest honor as the keystone in the arch of my career."

Since 2013, Paula has devoted her time and efforts as an activist for Alzheimer’s disease. Diagnosed with mild cognitive impairment, an early stage of Alzheimer’s, Paula ultimately made the decision to stop teaching and writing in recent years to devote herself to Alzheimer’s activism, speaking out about the disease and raising awareness on preventive measures. 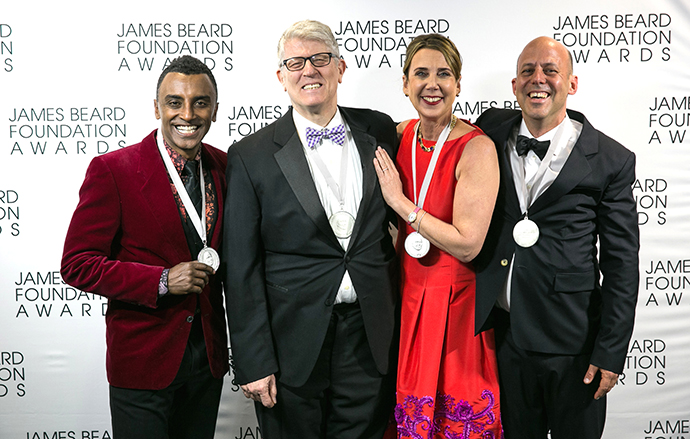 2016 Who's Who of Food and Beverage in America Inductees