How collaboration has become the key to success

When we say the James Beard Foundation is about good food for good, it’s not limited to sustainable agriculture, the Farm Bill, or reducing food waste. Another important aspect of our mission is highlighting the myriad hands that are helping to shape American cuisine. Below, Sarah Maiellano explores the growing community of female chefs and restaurateurs in Philadelphia's dining scene who look to each other not as competitors, but as collaborators and confidantes.

As Kiki Aranita was building furniture for her Hawaiian restaurant, Poi Dog, Ange Branca, the chef-owner of Saté Kampar, showed up. “She knocked on the door, saw that I was stressed, brought in burgers, and started putting prep tables together,” Aranita said. “She wouldn’t leave.”

“That’s what everyone does!” Branca said.

Aranita and Branca are part of Philadelphia’s new sisterhood of chefs—women who lift each other up, collaborate constantly, and earn high praise from diners and critics alike for their cooking.

Though most of Philadelphia’s best-regarded restaurants are owned and run by men, a glance at Philly Mag and the Philadelphia Inquirer’s top restaurant lists shows that change is underway. Female chefs are making waves with modest restaurants serving the food of their homelands.

Embodying this sea change in Philadelphia is Cristina Martinez, who has earned attention nationwide for both her stellar lamb tacos and her activism on behalf of fellow undocumented immigrants. The South Philly Barbacoa owner was a 2018 James Beard Award semifinalist, and recently appeared on Netflix’s Chef's Table.

Another 2018 Beard Award semifinalist, the restaurant Hardena/Waroeng Surabaya, opened nearly two decades ago with Indonesian immigrant Ena Widjojo at the helm. A few years ago, her daughters Diana and Maylia joined the restaurant, and—thanks to their collective industry experience and connections—media coverage followed. Hardena shifted from a 99 percent Indonesian customer base to mostly Americans, according to Diana Widjojo. “My mom thinks it’s great,” she said. “We’ve always been advocates for our food and culture. We’re proud to show people the food we eat and our hospitality.”

After years in the corporate world, Saté Kampar’s Ange Branca met her now-husband in Philadelphia and settled in the city, but sought reconnection with her Malaysian roots and culture. “I was cooking every minute that I could find,” she said. “My restaurant is preserving a memory of the place I came from—not just the food, but the experience and ambience. It’s my way of connecting both sides of the world.” In 2017, Saté Kampar was a Beard Award semifinalist and earned a coveted spot on the Inquirer’s “25 best restaurants” list.

According to Branca, a group of female restaurant owners, including Poi Dog’s Aranita and Chefs Boot Camp for Policy and Change alum Judy Ni of Baology, talk almost on a daily basis. “It’s wonderful to have this family to turn to,” Branca said. “[It’s] been really helpful in terms of getting things done and keep[ing] my sanity.” Widjojo agreed, saying she often turns to Branca for advice.

“We call each other sisters,” Aranita said. “We are so tight. These are people that I talk to every single day to compare notes—we’re trying to make each other’s lives better.”

Aranita doesn’t believe that this type of collaboration would be possible elsewhere, like in New York where she previously lived. Widjojo, also a New York native, said her parents thought success was more achievable in Philadelphia because of its affordability and smaller restaurant community.

Collaborating is “what makes Philly so cool,” said Aranita. “Everyone wants to mash-up their food together.” She recently partnered with Branca, Ni, and Alexis Siemons of Teaspoons & Petals on a Chinese dessert bake sale.

Widjojo credits a specific collaboration with kicking off Hardena’s growth. After culinary school, she worked at Joncarl Lachman’s popular Dutch restaurant Noord and introduced him to Hardena. “He fell in love with the place,” Widjojo said. Determined to support both Widjojo’s personal success, and her family’s Indonesian cooking, Lachman partnered with Hardena for a rijsttafel—a traditional, Dutch–Indonesian feast organized by Philly Mag’s Alex Tewfik (another longtime Hardena devotee). After that, “we were on the grid,” according to Widjojo.

Branca took collaboration dinners a step further: she created the non-profit Muhibbah to share global cuisine and support immigrant communities. In Malay, muhibbah describes a celebration that brings together people of different races, religions, and cultures in the spirit of peace and tolerance. “Every dinner pulls together chefs from different backgrounds to cook food that represents their heritage,” Branca said. “It’s the food that we grew up with; it has the stories of our beginnings.”

Branca thinks that one of the city’s strengths lies in bringing together diverse cultures. “You can walk anywhere in Philly and find people from [all] walks of life, cuisines, languages,” she said. “It’s the kind of place that allows cuisines of multiple cultures to exist in a casual, welcoming way. Most people just know Philadelphia for cheesesteaks, but there’s so much more.”

As a woman of Chinese and Hawaiian heritage, Aranita agrees. “I notice a lot more women who look like me [owning restaurants],” she said, mentioning Lalo (the newly opened Filipino stall in the Bourse Marketplace) and Rangoon (a Burmese standby opened by three female friends). “When we work together, we come up with great ideas, and I wouldn’t have it any other way.”

Branca says that her restaurant has simply added another thread to the fabric of diversity in Philadelphia. “I’ve never felt as much [a part of] a family in any industry as I do right now,” she said. “I’ve had requests to open in other cities, but the community here keeps us alive.” 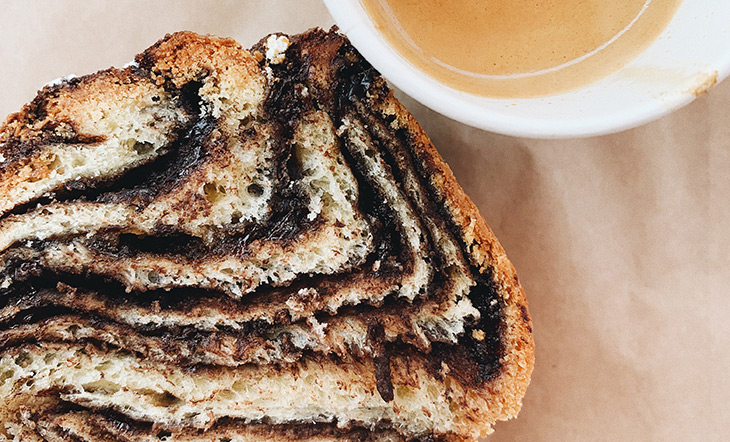