In his iconic tome, Beard on Food, which was first published in 1974, our namesake wrote prolific prose on a vast landscape of culinary topics, from a lesson in chicken anatomy to a sandwich manifesto to the pleasures of salt, which we share with you today. Humorous, erudite, and timeless, this collection of essays remains an indispensable resource for the home cook. Stay tuned for more!

Salt is one of our greatest culinary gifts, an incomparable condiment, an everyday necessity, and perhaps the most precious and invaluable of our kitchen staples. It goes into all our foods, even desserts, for a pinch in a cake batter, a pie crust, or the poaching syrup for fruit adds immeasurably to the finished product.

Salt comes from two sources. One is the sea and the great salt beds or flats that form as the water evaporates. The other is rock salt, found in the earth in a crystalline form. You can buy sea salt in different grinds, but if you are spending the summer by the sea, you might like to make your own. Just fill very flat pans with sea water and leave them in the sun until the water evaporates, leaving a grayish white crust of pure sea salt. It may not be as attractive to look at as the packaged type—which is snow-white, fine, and pours easily because it has magnesium carbonate added to prevent it from clogging in damp or humid weather—but it will be just as salty and good.

Then there is coarse salt, available in different-sized crystals. For use in the kitchen and as a flavoring I like kosher salt, a free-flowing, rather coarse crystallized salt you find in many supermarkets now. It has a good saltiness that appeals to me very much. Other people like the really coarse salt the French call gross sel. You often find a little dish of this served with certain dishes such as boiled beef, as a crunchy, delicious condiment. (It’s good with raw vegetables, too.) Even larger salt crystals go into salt mills (these resemble pepper mills except that the crusher, the interior mechanism, and the little handle that operates it are made of noncorroding wood, rather than metal) to be ground fine at the table by those who like their salt freshly milled.

Coarse salt is an essential part of one of my favorite fish dishes:

For this Salmon with Dill Butter you will need, for four persons, 4 fillets of salmon. Ask to have a piece of salmon cut toward the tail, not from the thickest part, filleted, and cut lengthwise into 4 pieces of practically the same thickness, each one with skin on the flesh. Measure the thickeness by standing a ruler upright beside the fillet—it will be cooked for 10 minutes per inch measured at the thickest point. Rub both sides of the fish quite generously with coarse salt, and let stand for at least 30 to 35 minutes before broiling. Place on a piece of foil, skin side up, on a broiler rack about 4 inches from the heat, and broil for two-thirds of the time on the skin side, one-third on the flesh side. (If your fillets are 1 inch thick, you broil them for 6 minutes on the skin side, then turn and broil 4 minutes flesh side up.) Remove from heat, brush the flesh lightly with oil or butter, and broil 1/2 to 3/4 minute more. Remove to a hot platter and serve with dill butter.

For the dill butter, cream 6 tablespoons butter with 1 teaspoon dried dill or 2 teaspoons chopped fresh dill and 1/2 teaspoon lemon juice. Beat well together and chill for a few minutes. Put a good spoonful of the butter on each serving of salmon.

If you are cooking outdoors, you can grill the salmon over charcoal, following the same method and cooking time. Brush the grill with oil (or put the fillets in a basket grill which makes it easier to turn them) and cook the skin side down first, then turn and grill flesh side down. With the broiled or grilled salmon you might have boiled new potatoes, or cucumbers which have been peeled, seeded, cut into long strips or small squares, and cooked in boiling salted water until they are just translucent—not soft, they should still be slightly bitey. Drain well and toss with a little butter and freshly ground pepper.

This makes a most unusual and pleasing main dish for a summer dinner or luncheon, salt-flavored but not salty. It bears out my theory that salt is a flavor as well as a condiment. 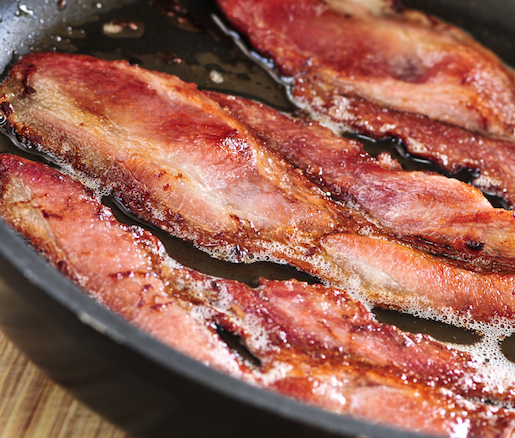