If you’re anything like us, the first thing you do when planning a trip—perhaps even before booking a plane ticket—is figure out where you’re going to eat while you’re there. Museums, sightseeing, and shopping are all well and good, but food is often the main attraction. To make trip planning a little easier, we’ve compiled lists of our can’t-miss spots in some of our favorite places. Below, our chief strategy officer (and resident globe-trotting gourmand) Mitchell Davis shares his top eats in Mexico City.

It had been almost 25 years since I visited Mexico City, during which time both the city’s population and its food scene had exploded. After such a long break, I had some catching up to do. So I set out over July 4th weekend on an eating itinerary that brought me up to speed, if not totally up to date, on the city’s beloved gastronomic treasures. What better way to celebrate America’s independence than to recognize and enjoy Mexico’s contribution to our cuisine and culture? Thanks go to local food expert Valentina Ortiz Monasterio for helping guide me to all the right places.

At any level—street food, market stalls, casual restaurants, or temples of haute gastronomy—eating in Mexico City is exciting and delicious. Traditions meld with global influences to make food that tastes at once timeless and innovative. One day we stopped our Uber on the way to lunch at one of the World’s 50 Best restaurants to try some of the bright blue corn cakes we spotted women griddling over a gas fire on the sidewalk. Stuffed with green chiles and cheese, these satisfying huaraches (or “slippers”) would be at home on the menu of any trendy restaurant in Manhattan.

I hope to be back sooner than 25 years from now so I can continue to stay tuned to the culinary pulse of the world’s sixth most populous city with a food culture that dates to before the first cookbooks and restaurants of France. In the meantime, these destinations won’t disappoint.

Maria Elena Lugo Zermeño and Gerardo Vázquez Lugo, the mother-and-son chef team at the 61-year-old Nico’s were just acknowledged with a Lifetime Achievement award from the Latin America’s 50 Best Restaurants program for their contribution to preserving traditional Mexican cooking. After a five-hour lunch that blended into dinner, I can see why they are deserving of such recognition. It there were an award for soup alone, Maria Elena and Gerardo would be contenders—tortilla soup, fideo soup, goat cheese soup, three-bean soup, the list goes on. Their location, in an industrial part of town, speaks to their humble beginnings. And even today with all of the attention of the world on them, the place is casual, warm, and friendly—a local scene of families and food lovers with a wide menu that showcases the best of Mexican home cooking elevated to be worthy of a destination, but with its soul intact.

In Manhattan, I live just down the street from Cosme, superstar chef Enrique Olvera’s celebrated first foray into New York City’s dining scene, where James Beard Rising Star Chef award winner Daniela Soto-Innes works wonders at the stove. It’s one of my favorite restaurants in the city. So I was excited for my first experience at Pujol, number 13 on the 2018 list of the World’s 50 Best restaurants, the place where it all began for Olvera. (Actually, the original Pujol began in another location, not far from the current, beautiful, clubby restaurant in city’s tony Polanco neighborhood.) The restaurants are quite different from each other, Pujol fancier and more refined—you might say more "grown up"—than Cosme, offering an elegant tasting menu that draws on old and new ingredients and techniques. The famous Mole Madre, aged more than 1500 days and served with a new mole to contrast and brighten the funky flavor of the mother, is unique and beguiling. All the cooking is done over fire. The parade of dishes is exciting, even after a long, filling lunch at Nico’s.

The father of farm-to-table cooking in Mexico City, chef Eduardo Garcìa has established Máximo Bistrot as a low-key haven for serious foodies. I know this firsthand because walking in I ran into Bangkok chef Thitid Tassanakajohn (aka Chef Ton) having dinner with some colleagues. The seasonal menu is a combination of Euro-Mexican styles, simply done with flare, if not fireworks. Ceviche cozies up to sashimi, sautéed porcini arrive in a seasonal salad, local cheese was served with local honey. García offered us the largest crab claws I’ve ever seen with a delicate sauce mean to enhance, not obscure the sweetness of the meat. Sophisticated cooking at its best.

Another World’s 50 Best Restaurant, climbing to number 11 in 2018, Quintonil is the purview of chef Jorge Vallejo. The environment is a little more casual than Pujol, the food, perhaps, more vibrant, though it was at Pujol under Olvera where Vallejo cut his chops. Quintonil affords an exhilarating and delicious ride through modern Mexican cooking. The presentations are striking, the flavors, bold. By now a signature, we still got a thrill when we lifted a beautifully decorated tostada to reveal smoked crab beneath. Colorful flower petals, chile-forward sauces, crumbles with crumbs—it was a memorable meal.

There is a longstanding tradition of Mexican bakeries, whose offerings range from humble, sweet-crusted conchas to gaudy, over-decorated wedding cakes, and many things in between, most of them meh. But Panaderia Rosetta, a miniature chain with a beautiful restaurant and two lovely bakeries run by chef Elena Reygadas, takes Mexican baking to a new level with beautiful viennoiserie and other baking, a blend of traditionally Mexican and French. Guava pastries, cardamom buns, and exemplary croissants, are just the beginning. Mouth-watering focaccia and millefeuilles are also on offer. And then there is fine coffee and a menu of excellent food from the kitchen. With ample seating in a beautiful old house, the location on Havre is a great way to start your day.

Everyone in Mexico City seems to be lunching at Contramar late on a weekday afternoon, and the elegantly dressed clientele all appear to be regulars—families, business people, ladies who lunch. Only a few of us are tourists. And from the first bite of chef/owner Gabriela Cámara’s fresh, flavorful seafood, you know why they are all there. Ceviches, tacos, tostadas, all are represented on the large menu. But the thing not to miss is the pescado a la talla, whole grilled fish served with red and green sauces you fillet yourself so you can wrap the delicate flesh in fresh tortillas. This was our first meal in Mexico City, and it was as good a way to settle into the sophisticated dining scene of the city as possible. 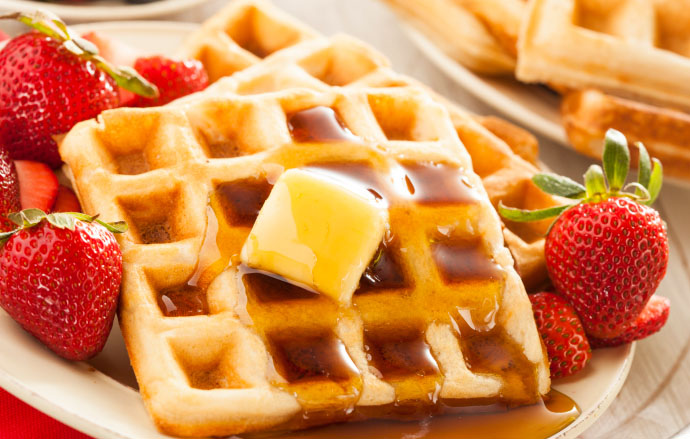