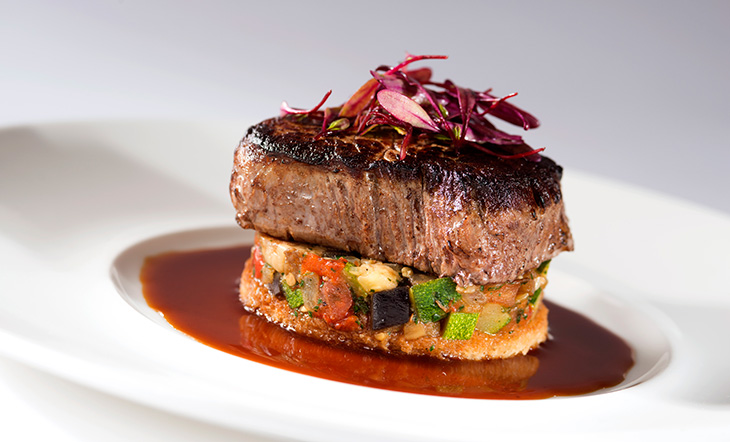 The James Beard Awards is one of the most eagerly anticipated events for the culinary community. For the third year in a row, all eyes will be on the city of Chicago, where the culinary industry’s best and brightest will be recognized for their hard work and creativity. The gathering also gives culinary students, including some who attend Kendall College, the chance to work as volunteers and rub elbows with Beard Award–winning and –nominated chefs who cook at the tasting reception.

The Beard Awards also give us a behind-the-scenes look at how chefs are delighting their guests and inspiring others. (Last year, cauliflower became the new Brussels sprouts and sunchokes emerged as a top ingredient.) When this year’s James Beard nominees were announced, When this year’s James Beard nominees were announced, I couldn’t wait to take a look at their restaurant menus and see the inventive dishes they serve to their guests. What surprised me most was the multitude and variety of ingredients at chefs’ disposal. Chefs have more ingredients than ever before and are using them to their advantage.

Not only are these innovators fusing cultures and incorporating unexpected flavor profiles, they are also developing traditional dishes with a twist. Here are a few examples: at Parachute in Chicago, Beverly Kim and her husband Johnny Clark, both James Beard Best Chef: Great Lakes nominees, are serving mandu with stinging nettles and pecorino. At Brooklyn’s Best New Restaurant nominee Olmsted, they have incorporated figs, coffee, and fennel into their lamb porchetta. And at Monteverde in Chicago, Best Chef: Great Lakes nominee Sarah Grueneberg has a German-themed skate wing schnitzel with sesame, kraut, roasted baby beets, and bacon. And in Grueneberg’s Italian fegattini calabrese she incorporates wok-fried chicken livers, tomato, pepperoncino, and rainbow creamy polenta.

It is almost impossible to sum up the amount of amazing and highly creative pairings of diverse ingredients with just a few examples, and the eclectic nature of the many menus of the restaurants represented in each James Beard Award category illustrates that the restaurant landscape in America is as exciting as ever.

From a creative standpoint, the restaurant industry is light years ahead of where it was when I began my career more than 30 years ago due in part to the access chefs have to ingredients today compared to a time when it was impossible for chefs to get their hands on such a wide variety of fruits, vegetables, and spices. Even if they were, most customers weren’t as eager to try something that they never heard of as today’s adventure-seeking diners.

What is on trend today is creativity, uniqueness, and serious individuality, and restaurant guests couldn’t be happier. After all, customers now make it a mission to share their meal via social media to make their friends and family jealous.

Chicago is a fitting place to recognize how far the food industry and its leaders have come. After all, Chicago’s food scene has evolved, too. The city, which was once recognized for deep dish pizza, hot dogs, and steak, has become a more diverse and dynamic culinary destination.

Kendall College is proud to be a James Beard Awards sponsor, and excited to have our culinary and hospitality studentsat the gala this year, helping the chefs cooking at this year’s Awards. Our students follow the Awards closely each year, and dream that with a lot of hard work and dedication—and a little luck—they might one day find themselves in the same position.

This Recipe Will Make You a Meatloaf Lover