Few people have heard of the Ancona duck, a rare heritage breed of bird whose numbers had until recently become critically low. Only ten years ago, there were just 128 breeding Ancona remaining in North America. Left behind by industrial agriculture—which prefers the fatty Pekin duck that accounts for 95 percent of domesticated duck production in the country—the mottled Ancona was inching closer to extinction. Fortunately for this, ahem, lucky duck, waterfowl expert David Holderread of Corvallis, Oregon, intervened. He found a pair of genetically clean Ancona that became the Adam and Eve of the breed. The majority of Holderread’s prized stock now resides at Willamette Valley’s Boondockers Farm, which is run by two former restaurant professionals who are passionate about raising heritage animals. One of the farm’s regular customers is chef Gabriel Gill of the Rabbit Bistro in Eugene, who served the lean, flavorful fowl with cherries and black Oregon truffles at a recent Beard House dinner. 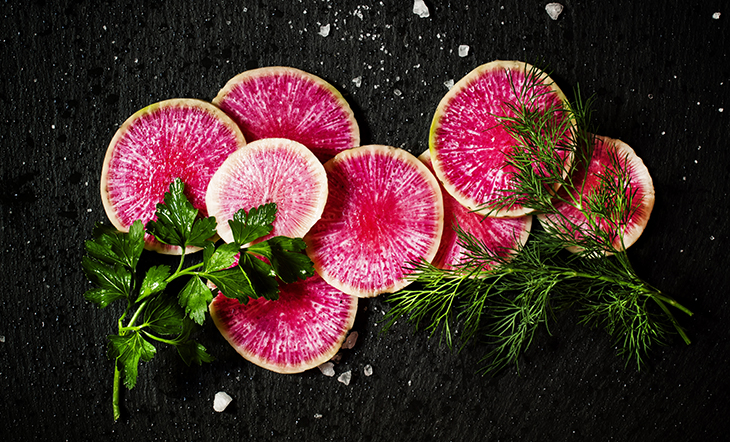