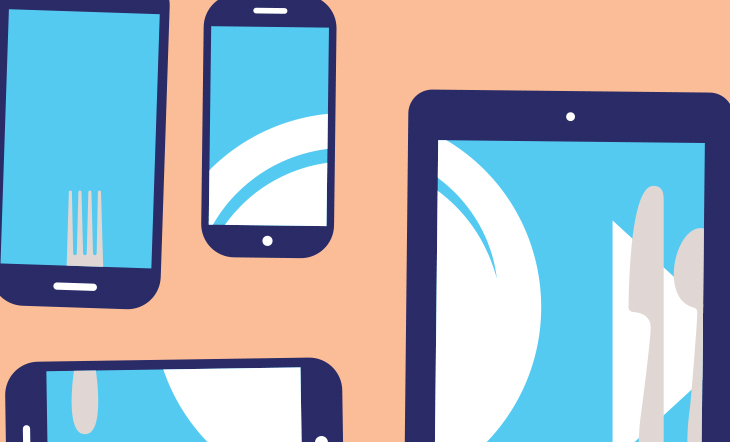 Once upon a time, chefs relied on journalists or publicists to make their voices heard. They didn’t have Facebook, and Twitter wasn’t even a thing. Now, thanks to the Internet and social media, chefs have direct access to their audiences, and food writers have to contend with a 24-7 online food-news cycle. These realities have made being a culinary professional even more of a full-time job. A few months ago at La Sirena in Manhattan, Dana Bowen, executive editor of Food & Wine magazine; Sierra Tishgart, senior editor at New York magazine and Grub Street; Mark Ladner, chef-owner of Pasta Flyer; Amanda Cohen, chef-owner of Dirt Candy; and Angela Dimayuga, chef at Mission Chinese, chatted with moderator Gabriella Gershenson on what the Internet and its immediate connectivity has changed about the food world, and what has stayed the same.

Gabriella Gershenson: What happens when food news sites care so much about the minutiae of restaurants that are opening?

Sierra Tishgart: Often when a place closes I feel a pang of guilt about focusing too much on what’s new. People want that—that’s news. I think about how that impacts chefs and encourages them to make changes all the time. I do think that’s a form of constant pressure.

Mark Ladner: I remember, it wasn’t that long ago, when you would work hard and wait around to be recognized by the press. And then there was this paradigm shift where it became okay to solicit attention because everybody was so starved for content. But also I think that the relationship between the chef and the press became more friendly. It used to be more adversarial.

GG: Is that because journalists were operating in a primarily critical role?

Amanda Cohen: I think everybody needs each other a little bit less. We don’t need journalists as much as we used to because now we have all these other outlets. I can go to Instagram with a sex video and get a lot of attention for it.

AC: With vegetables, of course. Press doesn’t come from just the two or three places that it used to come from anymore. Now you can make your own press.

Dana Bowen: Because there’s more of a chorus of voices, it’s encouraged us all to be more genuine and outspoken. In the past I think there was this editorial remove. It’s almost as though people were not writing in the first person, and now that shift that started online has made its way over to print.

ML: I think it’s mostly just more options. More than press and restaurants, it has a lot more to do with the general casualization of our society as a whole.

GG: What does that mean to you, “casualization of society”?

ML: There are no real boundaries, there are no taboos, no lines that shouldn’t be crossed. In fact, everyone’s encouraged to cross the line. It’s about being polarizing.

GG: You’re all part of this discussion because, in your individual ways, you’re adept at telegraphing who you are on social media or in the press. I wonder how you feel about having to be so image-conscious.

Angela Dimayuga: Part of the work now as a chef is that you and your talent are commodified through media, so using the platform wisely is really important. Whatever you post has permanence. There’s a sense of responsibility I feel, like I need to be genuine and thoughtful. For example, if I’m just tinkering with a dish, I’m not going to take a photo and put it up. I will have thought about it for a while, and the garnish is what it will look like, the bowl is going to be the right bowl, and then I’ll photograph it because once it’s up, people might want to eat what they see.

AC: I look at it a little differently. You suggested that social media gives people a chance to get to know you. But I don’t see it that way, because people from the Internet don’t know Amanda Cohen. I’m Dirt Candy. It’s not about me, it’s about my brand.

GG: If you had a choice, would you opt to live in a pre-Internet or post-Internet world?

DB: Post-internet, 100 percent. I get panicky even thinking about not having Internet.

AC: That’s true, but then you can feel so out of it. I lost my phone for two days and it was the best thing that ever happened to me, but it was also the worst because I was like, “What’s happening in the world?” And then I was like, “I don’t know anybody’s phone number!” Remember when you used to remember phone numbers?

DB: All of the phone numbers I have memorized are from 1987.

AC: Exactly. I had this epiphany: I think my life was better. I read actual newspapers, I did stuff, people had to meet you on the corner, they couldn’t be late. It’s amazing how well things used to work. There’s something now that’s very overwhelming. I spend too much time on the Internet.

ST: I say post, with hesitation. I think the benefits outweigh the stress that it causes me.

ML: I stopped using it for a few weeks and I realized how easy that was, but there was a pressure or guilt; but it wasn’t personal, it was professional.

Gabriella Gershenson is a freelance writer who lives in New York City. This conversation has been condensed and edited.