The 2020 Lifetime Achievement Winner and Humanitarian of the Year

Jessica B. Harris and Zero Foodprint will be honored at this year's Beard Awards

The Humanitarian of the Year award is given to an individual or organization whose work in the realm of food has improved the lives of others and benefited society at large. For the first year, Michael Phillips, president of Jamestown Properties and a James Beard Foundation trustee, has established the Michael Phillips Humanitarian Fund at the James Beard Foundation, which will award an annual cash prize of $20,000 to the Humanitarian of the Year.

The 2020 recipient, Zero Foodprint (ZFP), is a nonprofit organization building a renewable food system rooted in healthy soil. The organization is dedicated to mobilizing the cultural and economic power of the food and restaurant world to solve the climate crisis. ZFP invests in climate-beneficial agriculture via its grant-making program, Restore California. The organization partners with restaurants to crowd-fund grants for farmers making the switch from extractive to renewable farming. Anthony Myint and Karen Leibowitz, award-winning restaurateurs, developed ZFP to support a growing movement of farmers and ranchers who want to use their land to solve climate change, but need vital funding to implement these new practices. Tiffany Nurrenbern, program director of ZFP, coordinates collaborations that foster collective action towards the organization’s overall mission to end climate change. Together, ZFP restaurants, diners, and farmers are shifting the nation’s farmland from climate problem to climate solution.

The Lifetime Achievement award is bestowed upon a person in the industry whose lifetime body of work has had a positive and long-lasting impact on the way we eat, cook, and think about food in America. Harris is an author, editor, and translator of eighteen books. Her twelve works on food document the foodways of the African Diaspora—a topic on which she is considered a ranking expert—and include Hot Stuff: A Cookbook in Praise of the Piquant; Iron Pots and Wooden Spoons: Africa’s Gifts to New World Cooking; and High on the Hog: A Culinary Journey from Africa to America. A culinary historian, Harris lectures internationally, is a founding member of the Southern Foodways Alliance, and served on numerous boards for manyprofessional culinary, publishing, and editorial organizations. Within the hospitality industry she has served as a consultant for national and international organizations ranging from Kraft Foods to the Smithsonian’s National Museum of African American History, where her research and writings were essential to the development of the museum’s Sweet Home Café project, and is currently the lead curator for the Museum of Food and Drink’s exhibition, African/American: Making the Nation’s Table.

A native of New York City, Harris is Professor Emerita at Queens College/CUNY in New York City, where she was a professor for fifty years. Harris is the first African American woman to have addressed a graduating class at the Culinary Institute of America and is now—following in the footsteps of icon Leah Chase—the second African-American woman to receive the James Beard Lifetime Achievement Award.

Jessica B. Harris and Zero Foodprint will be honored at this year’s 30th Anniversary of the James Beard Awards, presented by Capital One, on Monday, May 4, 2020 at the Lyric Opera of Chicago.

Learn more about the 2020 James Beard Awards presented by Capital One. 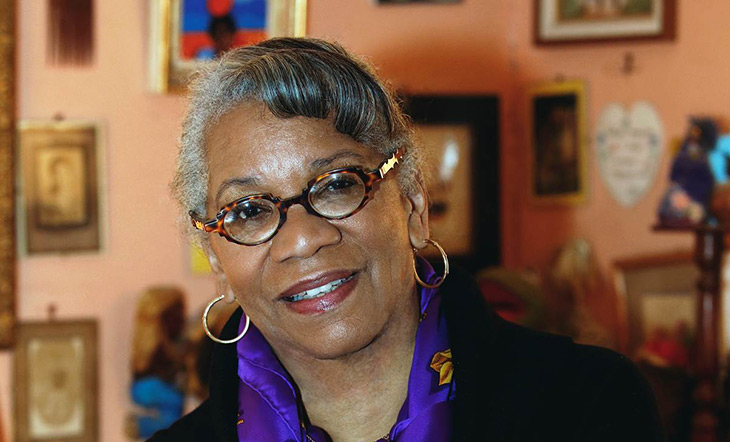