The 2022 Lifetime Achievement Winner and Humanitarian of the Year Award 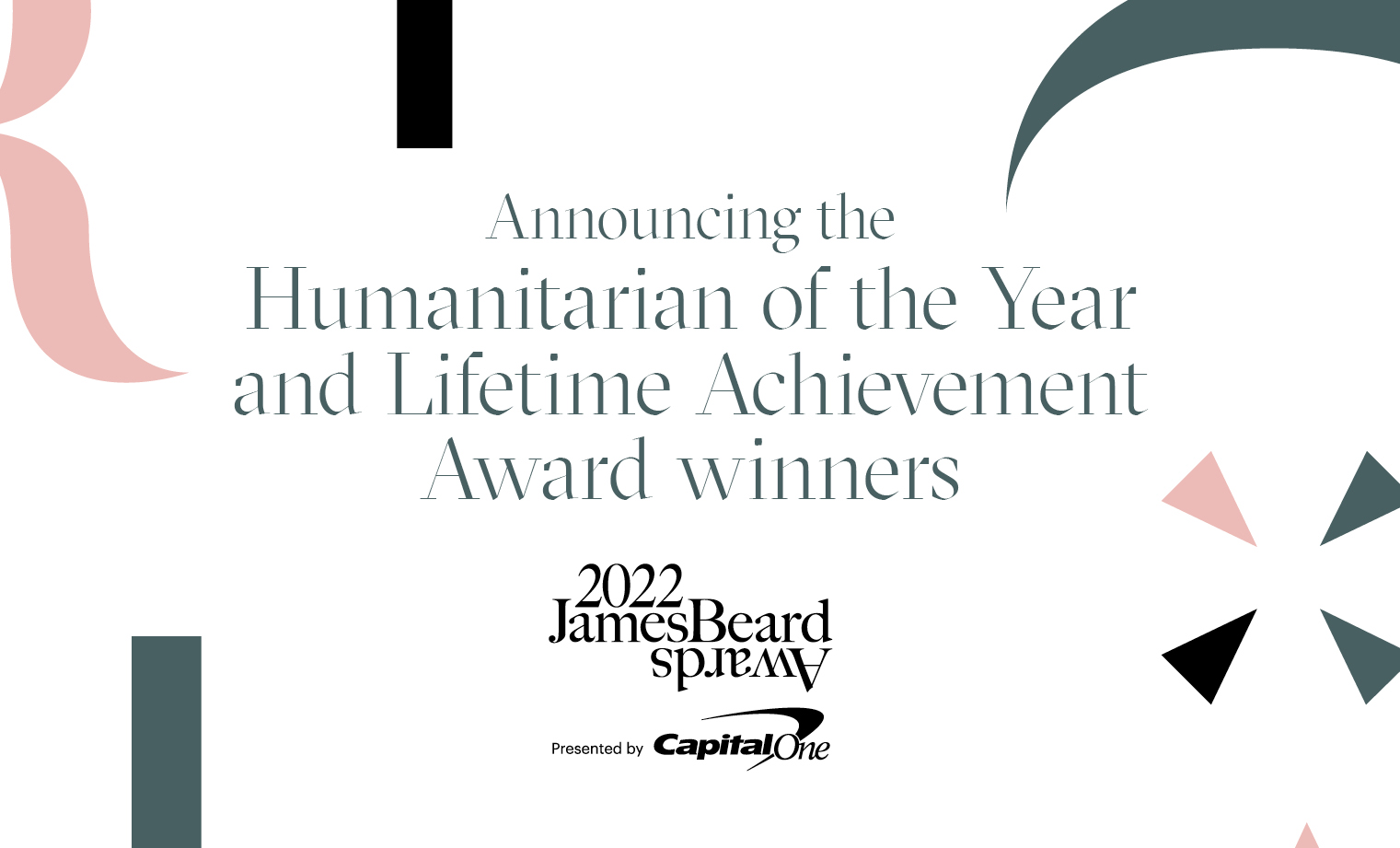 The Lifetime Achievement Award is bestowed upon a person in the industry whose lifetime body of work has had a positive and long-lasting impact on the way we eat, cook, and think about food in America. Yan started cooking on television in 1978, developing his signature show, Yan Can Cook, which has been broadcast to more than 50 countries. As one of the most prolific chefs on TV with 3,500 episodes and 30 cookbooks, Yan has brought the joy of Chinese cooking to America with his motto, “If Yan Can Cook, So Can You!”

Winner of the International Association of Culinary Professionals (IACP) Lifetime Achievement Award in 2011, two-time James Beard Award-winner for best T.V. Journalism in 1994 and Best T.V. Cooking Show in 1996, and an inductee of the James Beard Foundation’s Who’s Who of Food and Beverage in America in 2001, Yan’s lighthearted comedic public persona belies his serious lifelong mission to promote and teach Asian cuisine. A certified master chef, Yan oversaw several restaurants in the San Francisco Bay Area, including M.Y. China and Yan Can Bistro, and ran cooking schools in San Francisco and in Shenzhen, China, both now closed. He recently donated his archives, including his first wok, thousands of photos, and 3,000 cookbooks to the University of California, Davis, where he got his master’s degree in food science. It is yet another way Yan is teaching the world about Asian food while preserving his legacy.

As the author of three best-selling cookbooks, winner of six IACP awards—including the IACP Lifetime Achievement Award in 2021—and a two-time James Beard Award-winner, Grace Young has been recognized as Humanitarian of the Year for her work to save America’s Chinatowns amid Asian American and Pacific Islander (AAPI) hate during the COVID-19 pandemic.

With legacy restaurants and mom-and-pop shops starting to go under at the start of the COVID-19 pandemic, Young partnered with the James Beard Foundation in October of 2020 on the #savechineserestaurants Instagram campaign to support Chinese restaurants across the country. Young and the Foundation expanded their collaboration with the #LoveAAPI social media campaign to counter AAPI hate while continuing the work to save Chinatowns everywhere. She created the video series, Coronavirus: Chinatown Stories, in partnership with videographer Dan Ahn and Poster House museum, which was featured by the Smithsonian National Museum of American History in 2020. Additionally, Young partnered with Asian Americans For Equality on the “Safe With Sound” campaign in 2021 to provide thousands of personal security alarms to members of the AAPI community. To date, Young has also raised $40,000 to support Chinatown restaurants while providing meals to low-income seniors.

Martin Yan and Grace Young will be honored at the James Beard Awards®, presented by Capital One, on Monday, June 13 at the Lyric Opera of Chicago.

Learn more about the 2022 James Beard Awards presented by Capital One.