The Cookbook that Became a Kitchen Totem

Jessica B. Harris as told to Gabriella Gershenson

The fourth installment features the cookbook author and culinary historian Jessica B. Harris. In 2019, she was inducted into the James Beard Cookbook Hall of Fame for her inimitable body of work, including books such as
High on The Hog: A Culinary Journey from Africa to America (Bloomsbury Publishing PLC, 2011) and Iron Pots and Wooden Spoons: Africa’s Gifts to New World Cooking (Atheneum, 1989), which chronicle and celebrate the foods of Africa and the African diaspora. In this column, Harris shares the influence that the first cookbook she ever encountered, The Boston Cooking School Cookbook by Francis Merritt Farmer (Little, Brown & Company, 1896), had on her life, from childhood into adulthood.

The cookbook that most affected my life is The Boston Cooking School Cookbook by Francis Merritt Farmer, which would later be rebranded as The Fannie Farmer Cookbook. It had belonged to my mother, Rhoda Alease Jones Harris, and was the book from which we first cooked together. It is still in my kitchen with its notations and markings in my mother’s handwriting. I treasure it to the point where I’ve ordered a second copy to cook [and bake] from. It’s still my go-to tome.

I am holding in my hands my mother’s early, early, early edition from 1931. She was a trained dietician, and the book must have been something she got as part of her studies at Pratt. Later in life, she studied book binding, and this was the book she decided to work on, which shows how important it was to her. She rebound it and reinforced some of the pages that had been damaged from use. It's got green marbled boards, a green spine and a little inset in it with the title and the author.

When mom was cooking, The Boston Cooking School Cookbook was what she referred to. She was the kind of cook who could bake and cook without measuring, intuitively, by taste, by sight, by feel. Though I’m not much of a baker, I was still delighted when I opened the cookbook to find my mother's recipe for boiled frosting in her own handwriting, and another one for lemon filling that, when they come together with yellow cake, make what was my traditional birthday cake as a child. I was relieved to find my mother’s handwritten recipes—I have very few of those. I also found a recipe for a pork loin stuffed with pitted prunes. It’s not a recipe from the book; it’s a recipe from somewhere else that mom put in the book to keep.

If you look at early cookbooks, there are certain assumptions made about people knowing how to cook certain things. “Roast until dark,” for example, or “serve when ready.” The Boston Cooking School Cookbook was explicit, like, “heat until the boiling point.” Fannie Farmer was one of the people who really began to codify things, to go away from that “cook until done,” to start using temperature, cups and all of those kinds of standards.

There are 771 pages of recipes and instructions. It's very comprehensive. There are things like veal olives, which nobody is doing. And things that sound like they might turn up anywhere, like fresh sardines. And then broiled pompano with a fricassé of clams, which sounds contemporary. And things that are kind of strange, like the classic grapefruit basket, basically half a grapefruit, except you cut the rind so it makes a handle for the basket.

There are very basic recipes, too, like "Roast Loin or Rib of Pork"—that's all. It says, "Lightly sprinkle with salt, allowing 1 teaspoon per pound, and pepper, bake fat side up on a rack or roasting pan. Sear 15 minutes in hot oven at 500 degrees then reduce temperature and cook until meat is tender, 30 minutes to the pound. If roast thermometer is used, it will read 185 degrees." My recipe for pecan-coated roast pork with baked peaches in my cookbook, A Kwanzaa Keepsake, was certainly influenced by this recipe. I used to serve it during a New Year's Day dinner that would be a part of Kwanzaa celebration with a traditional African-American meal of collard greens, black-eyed peas and rice.

But I really don't cook from cookbooks, per se. I'm a fairly intuitive cook. I read three or four recipes and then I decide what I want to do. This book is kind of preserved in amber, from a particular time and space that is very, very nostalgic. But on a day-to-day basis, while it's probably a source to some of the bedrock of my cooking that I learned from my mother, I don't necessarily use the book. I guess you could say The Boston Cooking School Cookbook has become kind of a kitchen totem. I have a collection of several thousands of cookbooks and this is one that is very important.

Get Jessica Harris's recipe for pecan-coated roast loin of pork. 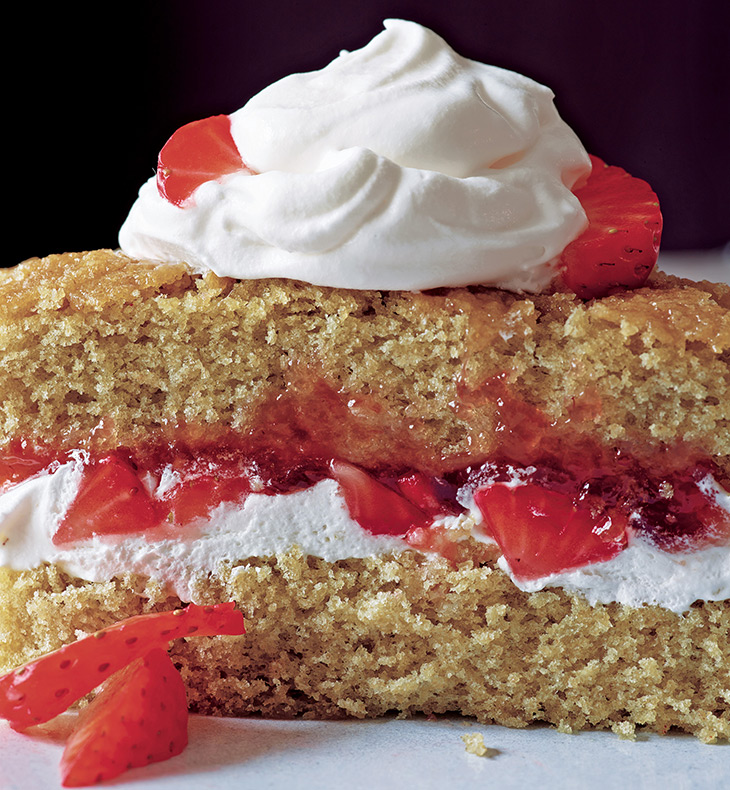