These 4 Chefs Want You to Rethink Puerto Rican Cuisine

When we say the James Beard Foundation is about good food for good, it’s not limited to sustainable agriculture, the Farm Bill, or reducing food waste. Another important aspect of our mission is highlighting the myriad hands that are helping to shape American cuisine. Below, Alicia Kennedy shares the inspiration behind our upcoming Navidad Borinqueña: Puerto Rican Christmas dinner at the Beard House, and the stories of the chefs behind the menu.

When four chefs from Puerto Rico step into the James Beard House on November 27, there will be generations upon generations of the island’s cooks in the kitchen along with them, living on in the recipes they’ll be reinterpreting.

Take the pasteles. These labor-intensive holiday staples, usually produced only one day a year, are made up of a dough of green banana and other root vegetables studded with stewed pork and vegetables and wrapped in banana leaves. Each family has their own touch—maybe olives, maybe raisins. For the Navidad Borinqueña dinner, the pasteles will draw from chef Maria Grubb’s mother’s recipe, reconstructed for a restaurant’s white tablecloth rather than a family’s Christmas table.

When you consider the history of the dish, you find that it represents not just Puerto Ricans, but also the native Taíno Indians, Spanish colonizers, and African slaves. Pasteles embody the entire history of the Puerto Rican archipelago, while each batch is imbued with the individual preferences of a particular family or matriarch. It is this tradition, writ large, that will ground this Beard House dinner, honored and infused into this meal by some of the island’s best chefs.

My involvement in San Juan’s culinary scene began in 2015. I was profiling Paxx Caraballo Moll, who’d been featured in the documentary Mala Mala, about gender identity and expression on the island. Caraballo was the only male-identified person featured, their struggle unique because of the lack of hormone availability in Puerto Rico at the time for those transitioning. They were also cooking some of the most innovative vegetarian food I’d ever encountered, working at El Departamento de La Comida, a grocery store–café combo focused on bolstering business for the island’s agroecological food sovereignty movement.

I continued to write stories about chefs I would meet, and who, with Caraballo, form the roster for Navidad Borinqueña: Maria Grubb, Kelly Pirro, and Natalia Vallejo. But I saw a disconnect between the kind of chefs who were being heralded on a bigger, more global stage and the impressive, but largely undocumented success of these women and trans chefs, in spite of the work they were doing on the island.

As executive chef of Gallo Negro, Grubb has brought a New York sensibility to her restaurant’s Santurce neighborhood, eschewing Puerto Rican cuisine for a menu that reflects her interests in Japanese, Indian, and Italian foods. Her sofrito, a staple sauce, includes yuzu kosho; she’s served udon cacio e pepe and takes on aloo gobi. Pirro has carved out space for Thai cuisine, while Vallejo brings an artistic eye to traditional Puerto Rican dishes made with local produce.

Caraballo, now at Jungle Bird, a tropical bar, serves gorgeously plated dumplings, beef tartare, and local fish in a setting and at a price point that makes fine dining–level hospitality accessible. “For me, cooking is political, and I want to feed you the very best, even if it’s something simple, like a bar snack,” says Caraballo. “The fact that, one year after [Hurricane Maria], our farmers are thriving makes me proud, and I want to invest in that.”

This dinner at the James Beard House, and the chefs behind it, makes a statement about whose cooking and what dishes are considered worthy of celebration and attention.

Beyond the pasteles, there will also be alcapurrias. Like pasteles, alcapurrias are another Puerto Rican dish that you’d usually see women making while wearing a hairnet, and sweating over hot, bubbling oil. Traditionally a street food made of a stick-shaped, deep-fried green banana dough stuffed with meat, at the dinner they will have a distinctly New York filling: oysters. Now thought of as a luxury, oysters once reigned supreme as the king of New York street fare—and so these alcapurrias will connect the islands of Puerto Rico and Manhattan through their historic street foods.

This Christmas meal presents fine-dining versions of what is traditionally home and street cooking, blurring the lines between what belongs in a restaurant and what belongs at home, and what is understood as women's work and what is men's. In light of how women and trans chefs from Puerto Rico have been underappreciated, this dinner becomes a powerful political moment, even without consideration of the island’s colonial status, economic crisis, and continued difficult recovery from the ravages of Hurricane Maria.

That recovery has touched each of these chefs, forcing them to adapt and adjust in the past year. Both Caraballo and Vallejo had to close their prior restaurants after the hurricane and rebuild from scratch. Grubb has cooked at fundraisers in New York in an effort to maintain attention on the island’s food and beverage industry, and on the deep need for tourism to sustain businesses and livelihoods. Directly after Maria hit, Pirro could be found cooking on gas grills to keep people fed. Despite the hardships, they have each stayed true to their singular perspectives while figuring out how to best serve their communities. All this richness of experience and history will be on display in their dinner on November 27. They are four chefs who contain generations.

See the full menu and get tickets here.

Alicia Kennedy is a writer based in Brooklyn. Learn more about her work at alicia-kennedy.com, and find her on Twitter and Instagram. 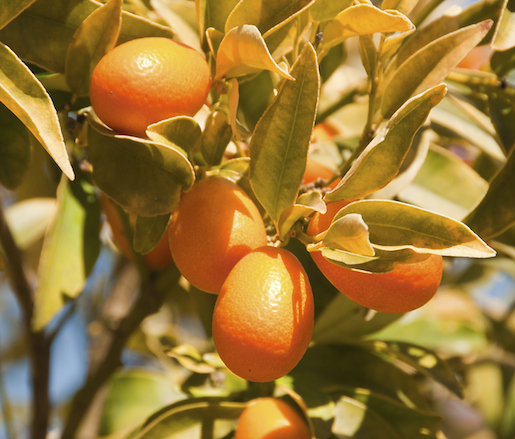