When the majority of Philadelphia’s restaurants paused service due to COVID-19, James Beard Award nominee Cristina Martinez kept on cooking. Known for her activism on behalf of fellow undocumented Philadelphians, Martinez, who came to Philadelphia from Mexico in 2009, has been featured widely in national media, including on the popular Netflix show Chef’s Table. With her substantial online following and network of hospitality industry friends, the owner of South Philly Barbacoa, Casa Mexico, and El Compadre quickly recognized that she was uniquely positioned to help the community.

“There [are] always people that need a free meal,” Martinez says. The pandemic and the economic downturn combined with Philadelphia’s high poverty rate only amplified the community’s need. Martinez and her husband Ben Miller began offering nightly pay-what-you-can vegetarian dinners at their flagship South Philly Barbacoa to make sure that their neighbors could access healthy meals.

In March chef and co-founder of Everybody Eats Aziza Young pitched the couple on letting her use their kitchen to cook meals for low-income, elderly, and non-ambulatory people in North Philly. Martinez and Miller loved the idea and began to build on it, with a celebrity chef assist.

“I contacted José Andrés and got us connected with funding from World Central Kitchen,” Miller says.

With funding in place, the duo launched The People’s Kitchen at El Compadre this past March. The newly formed community kitchen now makes 1,200 meals a week that are distributed throughout Philadelphia by nonprofits and faith-driven charities.

Chefs from all over the region, and as far as New Orleans, have come to cook at The People’s Kitchen. The chefs—many of whom are currently unemployed, along with some high school students from the Careers Through Culinary Arts Program—are being paid for their time thanks to donations from individuals and organizations. They cook “freestyle” with whatever ingredients Miller can get his hands on, including donated proteins and vegetables from their 70-plot urban farm.

The only rules are that the food is “balanced, nutritious, and tasty,” according to Miller. The model results in unique meals each day, with elements from many different cultures baked in. “My customers don’t pay but we’re still cooking good food for them,” he says.

To date, The People’s Kitchen has provided 33,000 free meals. Since South Philly Barbacoa is only open on weekends, the couple has also invited chefs of color to host pop-ups in the space on weekdays. It all comes back around: the guest chefs get to use the restaurant at no cost and some even commit time to cooking at The People’s Kitchen.

Over the last several years, Martinez and Miller have become staples of Philly’s activist community. As South Philly Barbacoa grew in popularity, they used their platform to start the Right2Work dinner series, which brought together chefs, workers, and members of the public to discuss issues facing undocumented workers in the restaurant industry over a meal. That led to them forming the Popular Alliance For Undocumented Workers’ Rights—an organization that advocates for undocumented workers and seeks to amplify their voices.

To give their newest concept staying power and more structure, Martinez and Miller partnered with equity and justice group 215 People's Alliance. “The partnership has enabled us to increase our organizing capacity,” Miller says. More than 100 volunteers—in a variety of roles from delivery to graphic design to customer service—are helping things run smoothly while keeping costs low. Together, Martinez, Miller, and the 215 People’s Alliance hope to make The People’s Kitchen a permanent institution.

To stay in operation long-term, The People’s Kitchen is looking for recurring donations and grants. “We need support from the public to keep this project going,” Martinez says. “We hope that it can expand to other cities using this model to help food insecure communities.”

“We have no way of predicting the future, in the country or the world,” says Martinez. “We’re just trying to make good decisions with the things in our hands.” 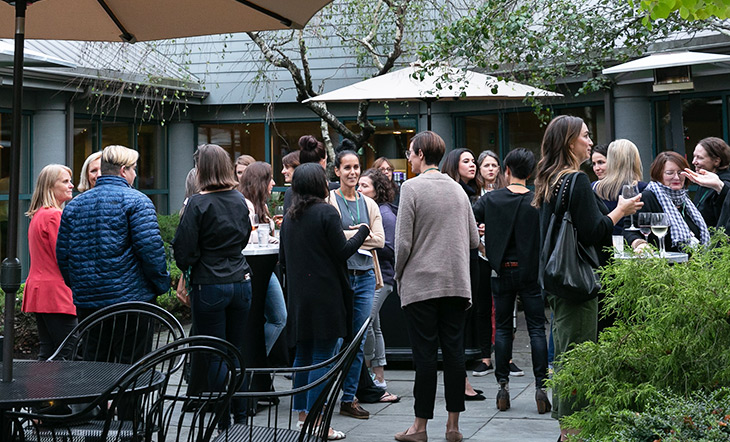 20 Entrepreneurs Who Are Eager to Grow Their Businesses