In 1995, former JBF associate editor Adam Rapoport (who is now Bon Appétit magazine's editor-in-chief) interviewed Daniel Boulud, who had recently won the James Beard Award for Outstanding Chef. In their candid conversation, Boulud revealed a love of motorcycles and a now dated fitness purchase. Read on for more.

AR: Where did you have your last memorable meal?

DB: My last memorable evening – meal, maybe not – was with a thousand people at the Waldorf-Astoria for the Elton John AIDS fundraiser. David Bouley was cooking for a thousand people and I was really impressed by the quality of food. The concert with Elton John and Sting and all these mega movie stars around was great. I don’t have the chance to go out and enjoy an evening in New York too often. But that was the highlight of my year almost.

AR: When you do go out, where do you eat?

DB: I go to a bistro usually. On Sunday I go to Le Bilbouquet for lunch, I go to La Goulue, I go to French places. I cook at home Sunday night with my daughter. Something very simple that will suit my daughter.

AR: Other than “Sweet Apple Alix,” the special dessert you wrote about in Cooking with Daniel Boulud (Random House), what are some of your daughter Alix’s favorite dishes?

DB: Cooked by me? Oh, she’s tough. What she loves is pasta. She likes it not too complicated. She’s a pasta freak. I don’t know if other children are like this but anything with pasta, she’ll eat it.

AR: Growing up on a farm in France, what were some of the interesting things you ate?

DB: There is one thing they have in Lyon that I haven’t had for a long time, it might sound strange. My father went to the market on Saturdays, so every Friday we would slaughter chickens. We would save the chicken blood and make an omelet with that. Kind of weird. But it was nutritious. It was maybe the steak of the night. The blood was mixed with a little vinegar and cream and cooked in a pan like a pancake. It was one of the dishes you eat on a farm along with many other things in which you don’t waste a thing.

AR: How do you stay so slim?

DB: Actually, I just bought a NordicTrack, but I haven’t used it yet. One thing is for sure, I spend a lot of energy on my restaurant and work many hours and I think that has a lot to do with it. But now that I’m reaching the 40 line, I might become the fattest chef in New York in the next 20 years.

AR: Have you ever been to McDonald’s?

DB: I went once with a bunch of chefs, Jean-Georges [Vongerichten], Jean-Louis Palladin, Michel Richard, and Laurent Manrique. We went to McDonald’s to do a picture just for the fun of it. But I didn’t eat anything, after the picture we gave our food to the people that work there. And they were so happy, they were like, “Aw, yeah, what a man, thanks!”

AR: What would you be doing if you weren’t a chef?

DB: I don’t know. Tough question. I think I would still be involved with the community in some way. If I weren’t a chef I would probably still be in my village in Lyon. I don’t think I would have gotten the bug to travel. I loved motorcycles when I was young. But I crashed so many times that if I made a career out of it I would’ve killed myself. I think I’m better off in the kitchen. 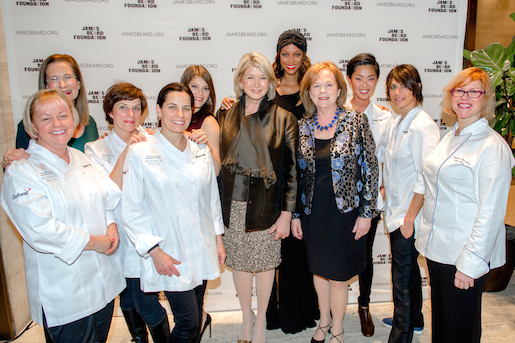