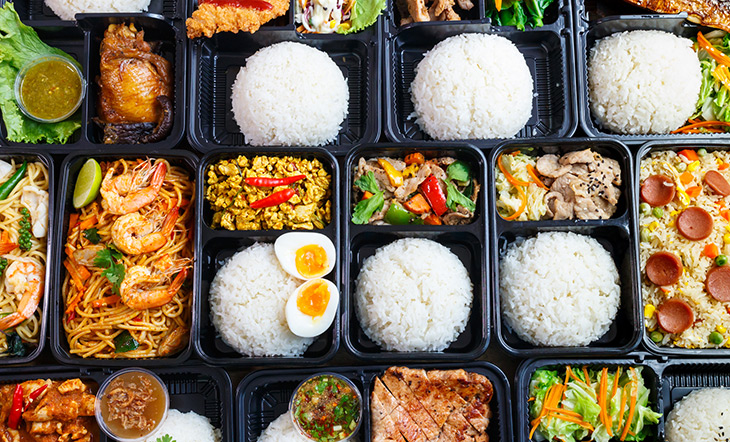 We're excited to share that Grubhub, the nation's leading online and mobile food-ordering and delivery marketplace, has partnered with the James Beard Foundation for the second year of its RestaurantHER initiative. For the month of March, Grubhub diners can take part in RestaurantHer by choosing to “Donate the Change”—rounding up their order to the nearest dollar and donating the difference to the Beard Foundation's Women's Leadership programs.

“Correcting gender imbalance in the restaurant and culinary industry is a mission we’ve been extremely committed to for several years now,” said Katherine Miller, VP of Impact at the James Beard Foundation. “In partnering with an industry leader like Grubhub we’re able to combat this issue together, creating and providing the best tools and resources to train, support, and empower women throughout all stages of their professional careers.”

Additionally, to build on the momentum created at last year’s launch, Grubhub has added thousands of women-led restaurants to the well-received RestaurantHER map, which is an interactive resource to help diners locate and support establishments run by women nationwide. Launched as the first of its kind in 2018, this map incorporates restaurants owned or co-owned by a women or a kitchen led by a woman head or executive chef. Whether it’s Washington D.C.’s Pizzeria Paradiso, run by 2019 James Beard Award semifinalist Ruth Gresser, or Seattle’s Nue founded by Uyen Nguyen, diners can now easily order their favorites or find something new with more than 30,000 women-led restaurants within the map.

"Continuing our efforts for the second year with Grubhub’s RestaurantHER initiative, and with a partner like the James Beard Foundation, is incredibly exciting and shows this is a cause many of us recognize is important,” said Matt Maloney, chief executive officer of Grubhub. “Women only make up 19% of chefs, and only 7% of head chefs, in today’s culinary world, and we know as a company we have the responsibility to raise awareness and make an impact on not only the industry, but our own platform as well. There’s no doubt that more diversity and overall support for women-run restaurants will spark new creativity and expertise to create and lead future generations of restaurateurs.”