Why You Need to Write Your Own Rules

Jordan Salcito on finding her own path

Below, multiple James Beard Award semifinalist Jordan Salcito shares her journey from barista to beverage entrepreneur, and how the challenges she faced as a woman in the restaurant world shaped her philosophy on ownership and management.

I grew up in Denver, Colorado, and I had after-school jobs as a barista and as a server. I wanted to work in publishing, but I ended up working in restaurants in New York. I helped open Wylie Dufresne’s WD-50 as a hostess. Wylie is such a compelling and inclusive person. He encouraged curiosity within the restaurant, which was life-changing.

I moved back to Denver, pitched ideas and got a Cheap Eats column in the Denver Post, then attended culinary school at Johnson & Wales. To get my degree, I had to work in a restaurant, so I returned to New York and got a job at Restaurant Daniel, where I started as a bottom-level prep cook.

I worked as much as I could, got promoted to canapés, then was the “bass wrapper,” wrapping fish in potatoes for the sea bass en paupiette, one of the restaurant’s signature dishes. Then, I moved on to a job in the dining room.

With Daniel Boulud’s encouragement, I worked a grape harvest in Burgundy. I came back to New York and took a position at Veritas, and then a part-time sommelier gig at Nick & Toni’s in the Hamptons. The full-time sommelier no-showed, so I took that job, and worked as hard as I could to fill those shoes.

Next, I staged at Eleven Madison Park. The year after I started, we won the James Beard Award for Outstanding Wine Service. My boss, John Regan, was relentless in his quest for perfection. It was tough, because of the steep learning curve and John's incredibly high expectations, but I’ve never learned more in such a short period of time. I worked the wine harvest every year, first in Burgundy, and later in California, Italy, and Patagonia.

I also started a wine company, called Bellus, working with three Italian estates to make three different wines out of organically farmed grapes. I believe in starting before you’re ready, and not being afraid to fail. I saw a gap that I could help fill—by creating wines made with high integrity, but without a high price tag.

Around the same time, I was asked to be a partner in a restaurant. My father, an attorney, noticed some red flags, including a clause that said, "Equity is dependent upon active partnership." I asked, “Does that mean if I go on maternity leave, I’m no longer a partner?” And the partner’s reply was, “Yes, and we'll add a clause where you're not allowed to get pregnant for two years.” While highly discriminatory, this kind of clause isn’t illegal. I couldn't believe someone who wanted to partner with me was telling me what I couldn’t do with my body.

I was ready to focus on Bellus, but Dave Chang was looking for a wine director for all of his restaurants, so I took the position. In my first year, we got a Beard semifinalist nomination for Momofuku Ssäm Bar and another one the next year for Ko, whose list was also named most creative wine list in the world by World of Fine Wine magazine.

At the same time, I was taking the Master Sommelier exam. I passed theory and tasting, but not service, because one table of people who’d never seen me work in a restaurant decided I didn't seem authentic.

That was a tough pill to swallow, until I asked myself, “Do I want to play by these rules? What do I really want to do?” I realized that being a Master Sommelier under these conditions didn't resonate with me. At some point, you can write your own rules, if you want.

I was in Italy on Bellus business when I found out I was pregnant; I then decided to move forward with Ramona, an Italian grapefruit wine spritz.

I've devoted my life to fine wine, but for casual moments, why wasn't there something fun, portable and refreshing that adhered to the same quality standards that I expect from everything else?

The first step was to locate the grapes—the connections I’d made through Bellus were very useful—and import them to the U.S. Then it was creating the recipe, getting approval by the government, finding a winery partner, and a mobile canner. That's what I did on maternity leave.

It's trial-and-error at first, but being nimble and having the right team has been essential. We’re currently a team of four. The most important thing I ask when hiring is, “What do you love to do?” And if it’s not what I need done, then it's not the right fit.

Being protective of my time is important now. My priorities are my family, Ramona, and the restaurants—I’m still director of wine special projects at Momofuku. When I say yes to something, I try to have it hit as many of those priorities as possible. 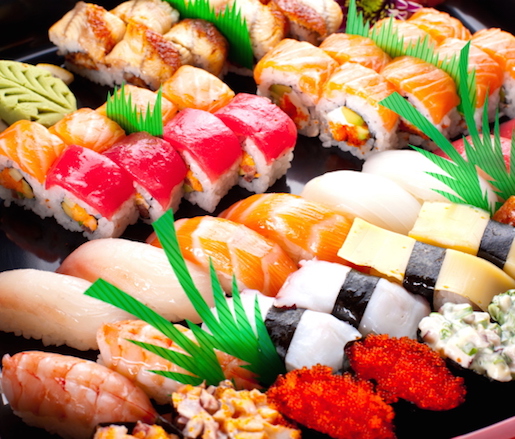