Served at Jay Ducote's Beard House dinner, these sweet spirals are stuffed with a fragrant cinnamon paste and sprinkled with buttery pecans.

In the bowl of a stand mixer fitted with a dough hook (or a large mixing bowl with your hands), combine all ingredients for the dough until a single large ball is formed, about 5 to 7 minutes. Cover the ball of dough with a damp paper towel or plastic wrap and allow to rest for 10 to 15 minutes.

On a lightly floured surface, roll out the dough until it’s a square that’s approximately 1/8 to 1/4-inch thick.

In a bowl, mix the melted butter with the sugar, brown sugar, and cinnamon. Spread the mixture evenly over the entire sheet of dough. Sprinkle the chopped pecans evenly on top of the butter and sugar.

Starting on one end of the sheet of dough, roll the dough over itself to form a tight pinwheel log. Slice the log across the grain of the pinwheel into 1/2-inch thick rounds. Place the slices on a greased baking sheet and bake until golden, about 15 to 18 minutes.

Remove the rolls from the oven and allow them to cool slightly before eating. 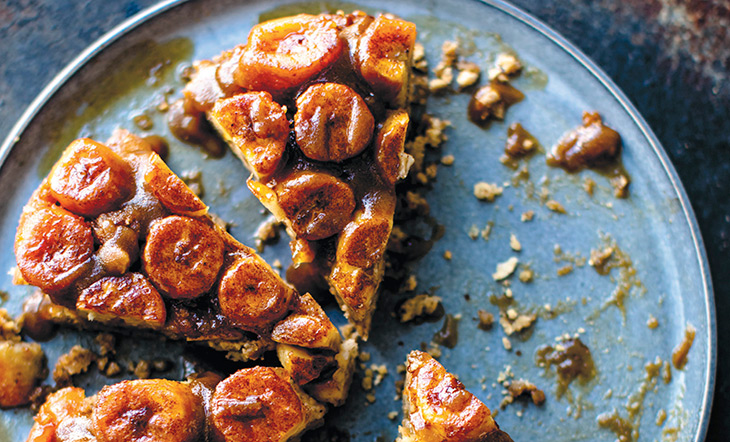