To make the marinade, roast the garlic in a large skillet over medium heat, turning occasionally, until soft and blackened in spots, about 15 minutes; cool and peel. While the garlic is roasting, toast the chile pieces a few at a time in the same skillet, pressing them down firmly with a spatula for a few seconds, until they release a toasty aroma; flip and press down the other side. Scoop the chilies into a small bowl, cover with hot water, and soak 30 minutes. Drain, reserving 1/3 cup of the soaking water.

In a food processor or blender, combine the chilies, 1/3 cup of soaking liquid, garlic, oregano, pepper, cumin, honey, vinegar, and 1 teaspoon of salt. Blend to a smooth purée, scraping down and stirring frequently. Press through a medium-mesh strainer into a small bowl.

To marinate the lamb, place the meat in a baking dish and smear both sides of the racks with about 1/3 of the marinade. Cover and refrigerate for several hours, if time permits.

To make the salsa, gradually stir enough water into the remaining marinade to give it drizzleable consistency—it usually takes at least 1/4 cup. Cover and set aside at room temperature (or refrigerate if not using within a couple of hours).

Light a gas grill, setting the temperature at medium-high on one side, medium-low on the other; or light a charcoal fire, letting the coals burn until they’re covered with white ash but still very hot, then bank them to one side. Using the side of a spoon, scrape the marinade off the meat, reserving it for basting later. Brush or spray the lamb racks with oil and lay them, meaty “cap” side down, onto the hottest part of the grill, until well seared, about 2 minutes; flip and sear on the bony underside. Baste the top with the reserved marinade, move them to the cooler part of the grill, and let them cook until as done as you like, usually about 5 minutes for medium rare. Let the meat rest for a few minutes before serving.

To serve, slice the chops between the bones. Drizzle a little of the salsa on four warm dinner plates and sprinkle each with the onion. Arrange the meat over the top and sprinkle with the cheese and parsley leaves. 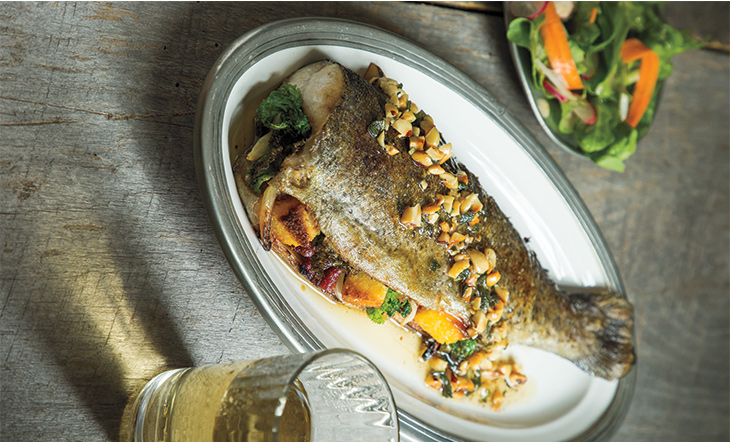 How to Make the Perfect Barbecued Chicken