"This is what to make when you’re in need of something that’s just the right amount of impressive. A twist on a classic lemon pudding cake, these sponge cups are a little like a layman’s soufflé, using some similar processes like: beating the separated eggs for the batter and baking the cups in a water bath. When these little light-as-air cakes—each in a pool of lemony custard, come out of the oven, you’ll feel accomplished. You’ll know they were a breeze to make, but no one else has to."—Emily Rees Nunn, Food52 Baking and The Comfort Food Diaries

Preheat the oven to 350°F. Put the butter, sugar, flour, lemon zest and juice, and salt in a large bowl. Using an electric mixer or creaming vigorously with a wooden spoon, beat until well combined. Scrape down the sides of the bowl to make sure everything is thoroughly mixed.

In a separate medium bowl, whisk the egg yolks. Add the milk and whisk until smooth. Gradually stir this into the butter-sugar mixture, whisking by hand as you pour.

Pour the mixture into four to six ramekins or individual soufflé dishes. Put them in baking pan and pour in enough hot water to reach about halfway up the sides of the ramekins. Bake for 45 minutes; when done, the sponge cups will be lightly browned on top, with a layer of lemon custard beneath.

Let the cups cool slightly before serving, either in the ramekins or turned out onto serving plates. Garnish each with a slice of lemon.

(This recipe originally appeared in The Comfort Food Diaries by Emily Rees Nunn.) 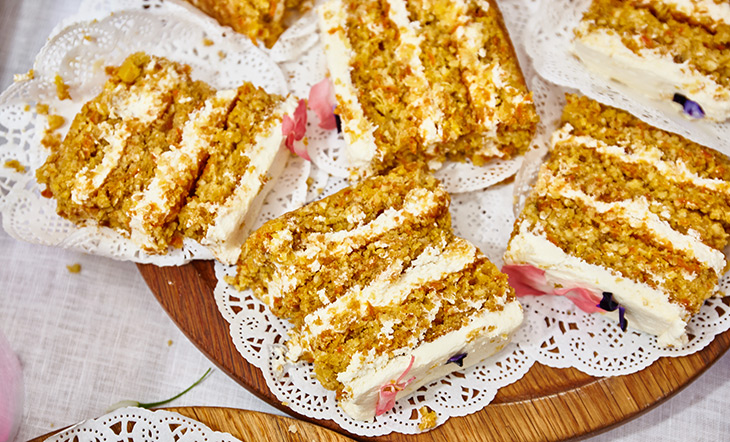