Bread pudding is a classic dessert that has its origins in 13th century England as a way to use up yesterday’s loaves. James Beard House featured chef Matthew Weingarten made this rich and flavorful dessert created by his pastry chef Miran Shim.

Melt the butter in a saucepan over medium heat. Add the warm milk to the melted butter. Stir the sugar into the milk mixture until it dissolves, about 2 to 3 minutes. Lightly whisk the eggs together and then stir into the milk mixture, whisking constantly, making sure that the mixture is not hot enough to cook the eggs. Stir in vanilla extract and remove from heat.

Place the cubed bread in a large bowl, pour the custard over the cubes and gently toss. Allow the bread to sit at least three hours or overnight in the refrigerator.

Preheat oven to 375ºF. Transfer the bread mixture into a buttered baking dish and spread out evenly; do not pack down. Bake for 15 minutes until the top is golden brown; and then cover with foil and bake for 30 minutes more. Remove from oven and allow to cool slightly.

To make the crème Anglaise, whisk the egg yolks with half of the sugar until the mixture is pale yellow and forms a ribbon when lifted with the whisk. Heat the milk, heavy cream, and vanilla bean and seeds together until little bubbles form on the side of the pot. Add about half of the hot milk mixture to the egg mixture a little at a time to prevent the eggs from scrambling. Then pour the egg-milk mixture into the pot of remaining milk and cook, stirring constantly until thickened, about 8 minutes. If the sauce seems to be getting too hot, remove from the heat for a moment and stir. The sauce is thick enough when it coats the back of a spoon. Immediately pour the mixture through a strainer into a bowl set in an ice bath to cool.

To make the bourbon–caramel sauce, combine the sugar, water, corn syrup, lemon juice, and salt in a saucepan over medium-high heat and cook until mahogany color. Turn off the heat and stir in the cubed butter. If the caramel gets hard, put it back on the heat until it becomes smooth again. Stir in the bourbon, set aside, and keep warm. If sauce is too thick when ready to serve, just add warm water a tablespoon at a time to thin it out.

To make the mulberry topping, combine the dried mulberries and triple sec in a small saucepan and bring to a simmer. Remove from heat and allow mulberries to soak in the liquid until cool. The berries will soak up some of the extra juice and the extra juice is delicious spooned over the bread pudding.

To make the candied pecans, preheat oven to 325°F. Toss the pecans with the molasses and honey in a mixing bowl. Spread mixture onto a rimmed baking sheet lined with a nonstick baking mat or a piece of buttered parchment paper. Bake pecans until they are deep mahogany brown and you can really smell them in the oven, about 12 to 15 minutes. Cool completely on a wire rack and then break them apart.

To serve, spoon out a portion of bread pudding into a bowl with some crème Anglaise and warm bourbon caramel sauce. Garnish with mulberries and candied pecans. 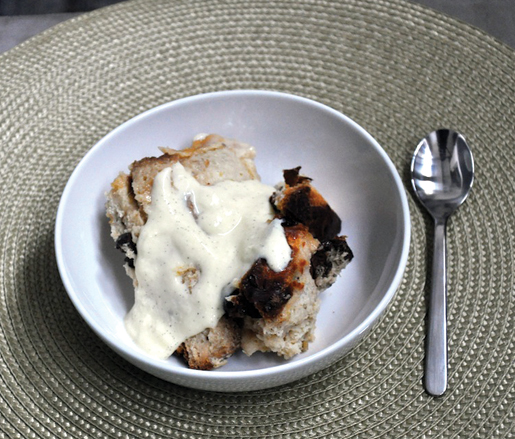 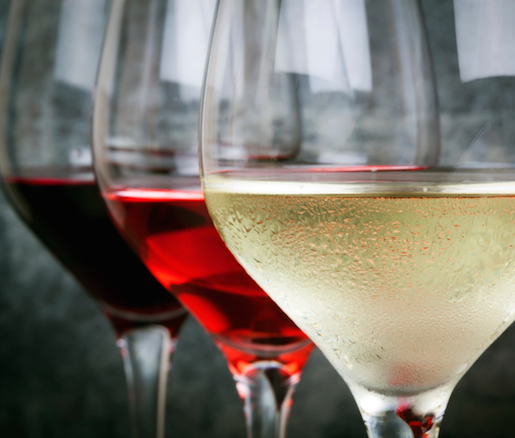