This vibrant cocktail from New York City’s Pouring Ribbons riffs on the ubiquitous daiquiri while adding welcome notes of citrus, cinnamon, and kaffir lime. According to mixologist Joaquín Simó, “Don the Beachcomber (the inventor of Tiki) famously stated that what one rum can't do, three rums can. I decided to one-up him and stretch that to four rums.”

Make the cinnamon bark syrup: in a medium pot, muddle 3 1/2 ounces of cinnamon bark (New Yorkers can purchase at Dual Specialty in the East Village link). Add 8 cups of water and 8 cups of superfine sugar. Stirring occasionally, bring to a boil, then cover and reduce to a simmer for a few minutes. Let it stand overnight, covered. Then strain with a cheesecloth and a fine strainer. Store in a gallon container and keep refrigerated.

Make the cocktail: place the kaffir lime leaf and demerara syrup in a cocktail shaker and gently muddle. Add all the other ingredients and fill the shaker with plenty of ice. Shake vigorously until the drink is very cold, then double-strain with a tea strainer into a chilled cocktail glass. Lightly slap (or “spank”) a kaffir lime leaf, and place it gently on the drink's surface so that it floats. Enjoy! 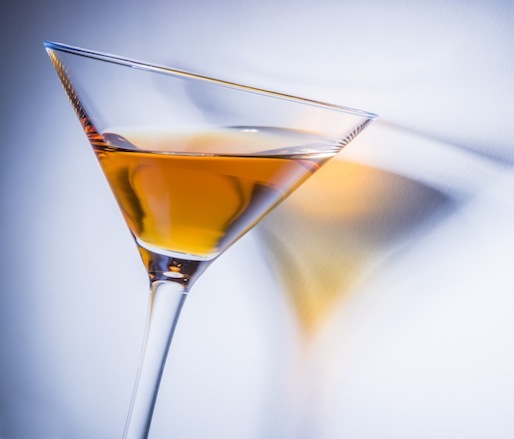