Pastry chef turned Indian take-out queen Heather Carlucci-Rodriguez demonstrated how to make this rich, dairy-free chocolate mousse at her chocolate workshop at the Beard House. The recipe was inspired by her good friend, Teresa Barrenechea, author of The Basque Table (2005) and The Cuisine of Spain: Exploring Regional Home Cooking (2005) and chef/owner of Marichu restaurant in NYC. For the most delicate flavor, choose a sweet, subtle olive oil, such as those produced in the Lake Garda region of Italy.

Melt the chocolate over a double broiler and allow it to cool to room temperature.

Beat the egg yolks and sugar in the bowl of an electric mixer on high speed until light and lemon yellow in color. Reduce the mixer speed to low and add the olive oil in a slow, steady stream, as you would for a mayonnaise. Once the olive oil has been incorporated, add the melted chocolate, espresso, and liqueur. Mix on low speed until combined.

In a separate bowl, whip the egg whites until they form medium peaks. Fold the whites thoroughly into the chocolate mixture and refrigerate until set, at least 3 hours. 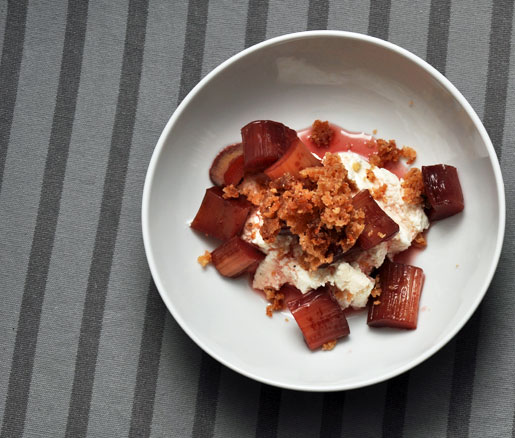