"I had my first real sampling of Pimm’s cups while in London during an uncharacteristic heat wave— kids and adults played in Hyde Park fountains late into the afternoons, and every pub offered its own house-blended Pimm’s cup cooler. Served in ice-filled glasses, the refreshing, citrus herbaceousness of Pimm’s goes down easy. It’s a top-flight warm-weather quencher on the handful of days each year when the fog clears and temperatures shoot up in San Francisco. Look for Classic No. 1 Pimm’s: it’s gin-based, with citrus notes that compliment the fresh coriander seeds that are often abundant in gardens and markets in late spring and throughout summer." —Heidi Swanson

Reprinted with permission from Near & Far by Heidi Swanson, copyright © 2015. Published by Ten Speed Press, an imprint of Penguin Random House LLC

Muddle the cucumber and coriander seeds with a pestle in a cocktail glass or wide-mouth mason jar. Add the Pimm’s and lemon juice and a handful of ice cubes. Cover and shake vigorously.

Chill two glasses and fill with ice. Strain the cocktail mixture into the glasses, top off with ginger beer, and finish with cucumbers or fruit, and sprigs of fresh coriander.

Note: If you don’t have fresh coriander seeds, smash a small bundle of cilantro leaves and stems in their place. You can use a proper cocktail muddler or a pestle, or in a pinch, a wooden spoon—the idea is to crush and press the ingredients into a flavor-saturated base of refreshing deliciousness. 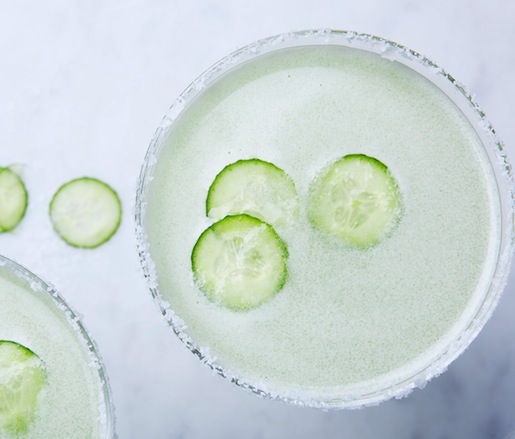