Rising Star nominee Steven Chiappetti brought us one step closer to ending our quest for the perfect lamb shank recipe. This recipe is made with canned beef broth enriched with lamb meat—the richer, meatier flavor can’t be beat.

To begin, preheat the oven to 400ºF. In a large stockpot combine the beef stock, lamb meat, tomato paste, peppercorns, 1/2 cup of the onions, 1/2 cup of the carrots, 1/2 cup celery, and bay leaves. Bring the mixture to a boil, and then reduce to a slow simmer. Simmer for 1 hour. Adjust the heat and stir occasionally to avoid scorching the bottom of the pot. Strain the liquid, discard the solids, and keep the lamb broth warm on stove.

Season the lamb shanks liberally with salt and pepper. Heat a shallow amount of oil (about 1/4 inch deep) in a large skillet (with a cover) until it begins to smoke. Sear all sides of the shanks until the meat is golden brown. Remove the shanks from the pan and set aside. Discard all of the oil from the pan except for a thin film to sauté the remaining onions, carrots, and celery until they are browned. Add 3 cups of the lamb broth, the molasses, and the soy sauce. Place lamb shanks back in the skillet, making sure the broth comes halfway up the meat. Cover the skillet and place in the hot oven. Braise for 2 1/2 hours, turning shanks and adding broth every 1/2 hour to keep the sauce halfway up the sides of the shanks at all times.

Remove from the oven when the meat is fork tender and falling off the bone. Serve with cooked lentils or mashed potatoes. 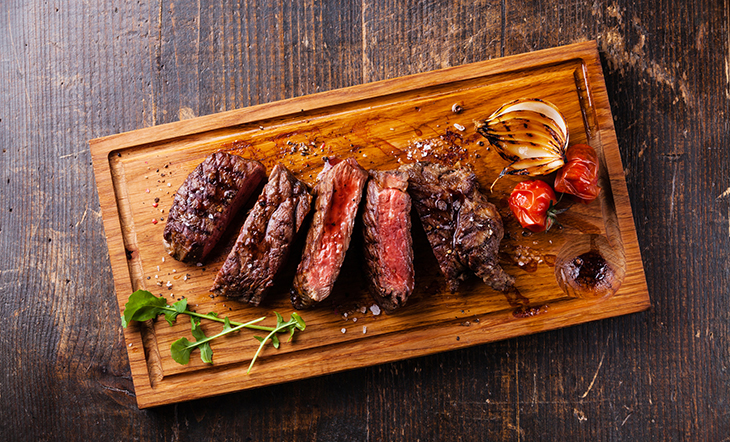 On the Menu: A Prime Beef Tour from Gibsons