JBF Award winner Michael Solomonov would usually warn against a recipe that calls for 3 pounds of salt. But as he explains his cookbook, Zahav, what you’re really doing here is using the salt to create a super-insulated oven for the lamb. Salt is an even conductor of heat, and the crust traps all the moisture from the lamb so it literally steams in its own juices. The meat is well seasoned, but he promises it’s not salty.

There is a romance in treating a leg of lamb this way, and the fragrant and festive spices used to season the meat capture that as well. The dried rose petals and dried lime are very Persian ingredients, and sumac, a floral and sour red spice, is used often in Palestinian cooking. You may be slightly hesitant to cook the lamb past medium-rare, but for this dish Solomonov insists. Cooked to a rosy medium and well-rested, this lamb is uniformly tender and juicy.

Score the exterior of the lamb in a criss-cross pattern with a sharp paring knife. Combine the sumac, dried lime, Urfa pepper, ground cinnamon, and 1 tablespoon of the salt in a small bowl. Rub the spice mixture all over the lamb, working it into the cuts. Cover it loosely with plastic wrap and let it stand in the refrigerator overnight or for up to 3 days.

Roast the lamb until it reads 140°F to 150°F on a meat thermometer, about 1 to 1 1/2 hours. Let it rest for 20 to 30 minutes, then remove and discard the salt crust. Wipe the lamb with paper towels to remove the excess salt and let it rest for another 10 minutes. To serve, slice it vertically, then make cross cuts, using the flavorful juices as a sauce.

Text excerpted from Zahav, © 2015 by Michael Solomon and Steven Cook. Reproduced by permission of Houghton Mifflin Harcourt. All rights reserved. 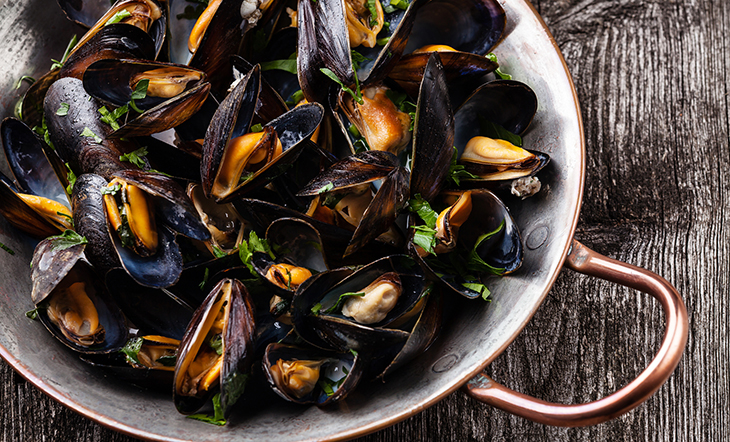 On the Menu: Salt-Roasted Bouchot Mussels with Tarragon