The star of the show at the America's Classics Award–winning Watts Tea Shop is this cake, a spectacular three-layer chiffon extravagance that’s filled with French vanilla custard, slathered in a thick seven-minute icing, and garnished with an edible flower.

In a large bowl or the bowl of a stand mixer fitted with the paddle attachment, combine the egg yolks, 1/2 cup of the granulated sugar, and 1/4 cup water and beat until light and fluffy. Add the flour gradually, beating well after each addition. Add the vanilla and stir to combine.

In a large metal bowl, whisk the egg whites with the cream of tartar and salt until the whites are stiff. Add the remaining 1/2 cup granulated sugar and whisk just until peaks begin to form. Use a rubber spatula to fold the egg white mixture into the batter. Pour the batter into an ungreased 10-inch tube pan. Bake until the cake is light brown and a toothpick inserted into the center comes out clean, about 45 minutes. Remove from the oven and let cool completely on a wire rack.

To make the custard filling: combine the confectioners’ sugar, milk, and egg yolks in the top of a double boiler or in a metal bowl placed over a pot of simmering water. Cook over medium heat, stirring constantly, until the mixture thickens and coats the back of a spoon, 4 to 5 minutes. Remove from the heat and let cool to room temperature. Add the vanilla and stir to combine. In a medium bowl or the bowl of a stand mixer fitted with the paddle attachment, beat the butter until light and fluffy. Slowly add the cooled custard mixture to the butter, beating well. Set aside.

To make the frosting: beat the egg whites and salt in a large metal bowl or the bowl of a stand mixer fitted with the whisk attachment until soft peaks form. (It will take longer to whip the whites of pasteurized eggs than those of nonpasteurized eggs.) Set aside.

Combine the granulated sugar and 1/2 cup water in a medium saucepan and bring to a boil over medium-high heat. Boil just until the syrup spins a thread (it should reach 220°F on a candy thermometer).

Very slowly drizzle the hot sugar syrup into the beaten egg whites with the stand mixer on medium speed. Beat constantly until the frosting stands in stiff peaks and is spreadable. Add the vanilla and beat well. 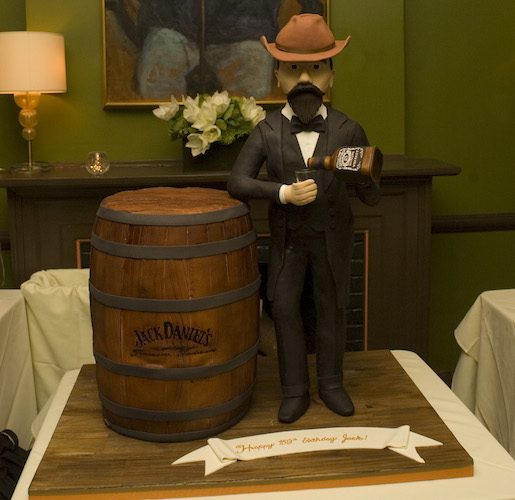